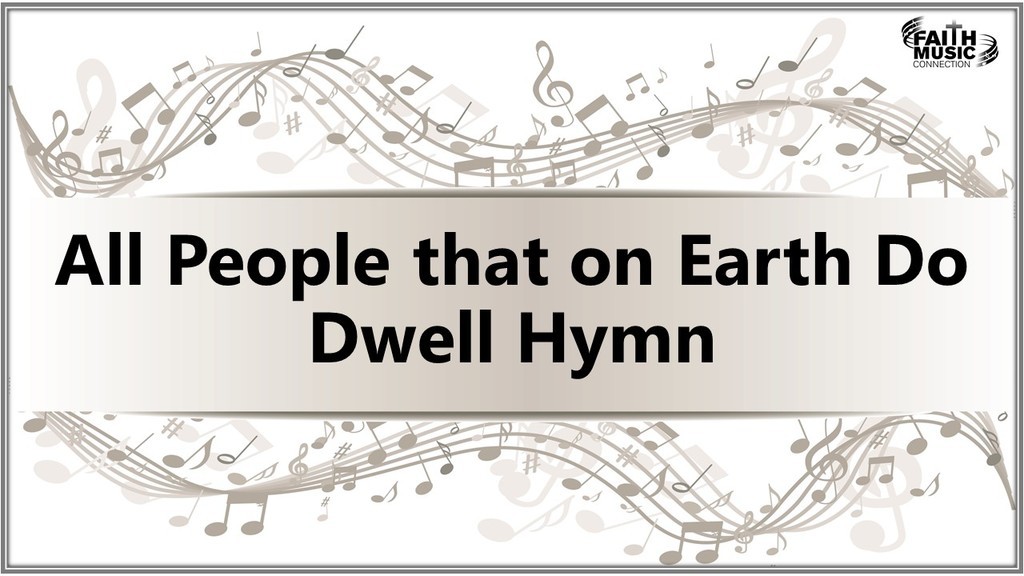 All People that on Earth Do Dwell – Introduction of the Hymn

Welcome to “The Hymn of the Week.” By the middle of the 16th century, congregational singing among Protestant Christians was well-established in Germany and in Geneva. In Germany, Lutherans sang hymns set to popular chorales. In Geneva, the practice of singing metrical settings of the Psalms was a regular part of the service of worship. John Calvin was the theological leader in Geneva; English-speaking Christians also adopted Calvinistic Psalm singing in their worship services. From this period comes the most popular and often-sung hymn tune ever composed. This tune is often paired with a setting of Psalm 100— “All People that on Earth Do Dwell”— “The Hymn of the Week!”

Click Below for All People that on Earth Do Dwell Lyrics 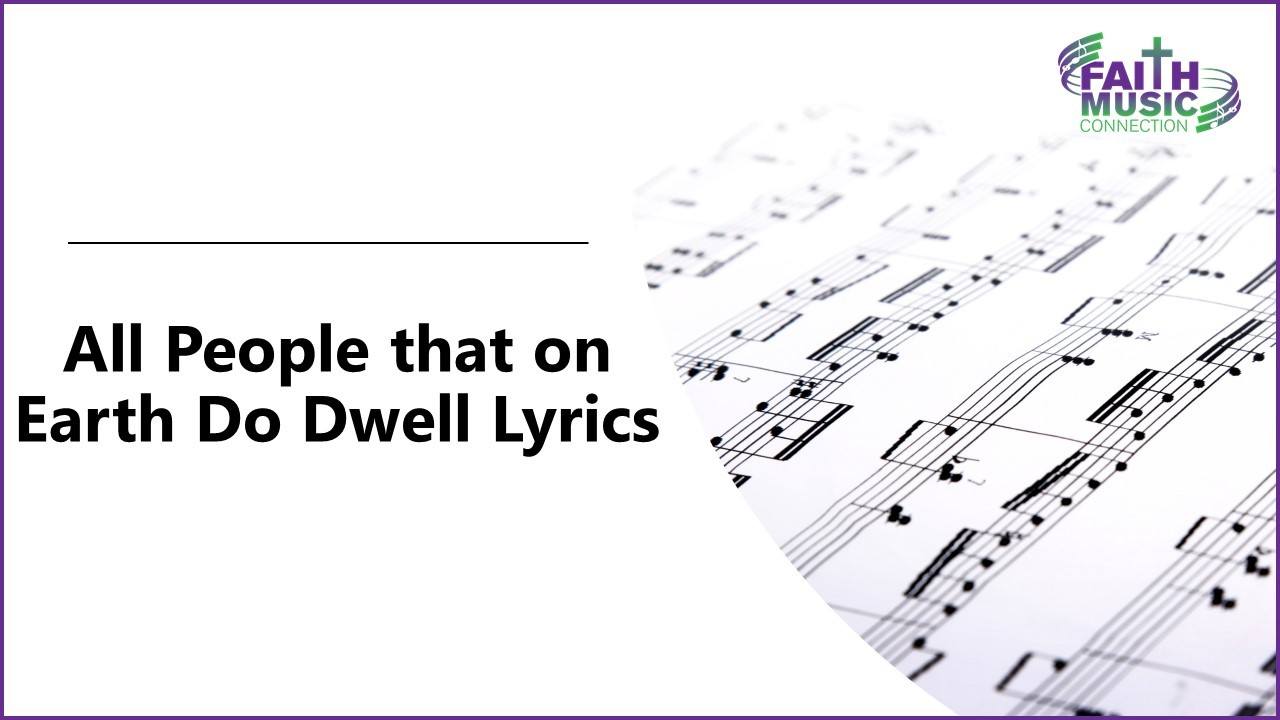 All People that on Earth Do Dwell: Hymn of the Week Radio Show Episode

Reading of All People that on Earth Do Dwell Lyrics

All people that on earth do dwell,
Sing to the Lord with cheerful voice,
Him serve with fear, His praise forthtell;
Come ye before Him and rejoice.

The Lord, ye know, is God indeed;
Without our aid He did us make.
We are His folk, He doth us feed,
And for His sheep He doth us take.

O enter then His gates with praise,
Approach with joy His courts unto;
Praise, laud, and bless His name always.
For it is seemly so to do.

For why? The Lord our God is good;
His mercy is forever sure.
His truth at all times firmly stood,
And shall from age to age endure.

To Father, Son, and Holy Ghost,
To God whom heaven and earth adore,
From men and from the angel host
Be praise and glory evermore.

And now, let us hear our hymn as sung by the choir of Westminster Abbey, Iain Simcock, director.

Background of All People that on Earth Do Dwell

William Kethe, author of our hymn, is thought to have been born in Scotland around the turn of the 16th century. However, there is almost no documentation of his life until the reign of Mary, “Queen of Scots,” from 1551-1558. During this time, he is known to have joined English and Scottish Protestant exiles who settled in Geneva to escape persecution. Kethe remained in Geneva after 1858 to work with a group of English scholars on an English translation of the Bible. This translation became known as the “Geneva Bible” or “Breeches Bible.” The practice of singing metrical Psalm settings in French was well-established in Geneva. Psalm singing also gained a foothold in England following publication of a collection in English by John Hopkins. Sternhold and Hopkins published an Anglo-Genevan Psalter around 1556 for use by English religious exiles in Geneva.

“All People that on Earth Do Dwell” is one of 25 metrical Psalm versions authored by William Kethe. An expanded edition of the Anglo-Genevan Psalter, published in 1561, included these Kethe Psalm settings. Our hymn also appeared that year in London, along with French Psalm tunes popular in Geneva. Many scholars consider it to be the oldest metrical Psalm setting still in common use today.

And now, let us hear an arrangement of “Old Hundredth,” the tune universally paired with our hymn, as played by organist Leander Chapin Clafin.

Louis Bourgeois, born in Paris about 1510, was already a prominent composer when John Calvin persuaded him to come to Geneva. Calvin realized the importance of easily sung tunes to support Psalm singing in worship, and Bourgeois skillfully executed this important work.

Of Bourgeois’ many original Psalm tunes, “Old Hundredth,” published in the 1551 edition of the Genevan Psalter, is undoubtedly the most famous. Many modern hymnals retain the original rhythm of sustained notes at the beginning and end of each line of text. As mentioned above, editors almost always pair “Old Hundredth” with “All People that on Earth Do Dwell.” However, many worshippers around the world also sing “Old Hundredth” with the Doxology, “Praise God, from Whom All Blessings Flow.”

And now, let us hear “Old Hundredth,” as played by the Consort of Musicke, directed by lutenist Anthony Rooley, followed by our hymn, as sung by The Martins.

Psalm 100 calls all to joyfully and thankfully worship God, who is sovereign over all creation, with singing. For over 450 years, believers have answered this call through the gifts of William Kethe and Louis Bourgeois. May it every be so!

And now, let us hear our hymn as sung by the Choir of St. Paul’s Cathedral, with organist Christopher Dearnley, directed by Barry Rose.

Previous Post All People that on Earth Do Dwell Lyrics Next Post Love Divine, All Loves Excelling Lyrics