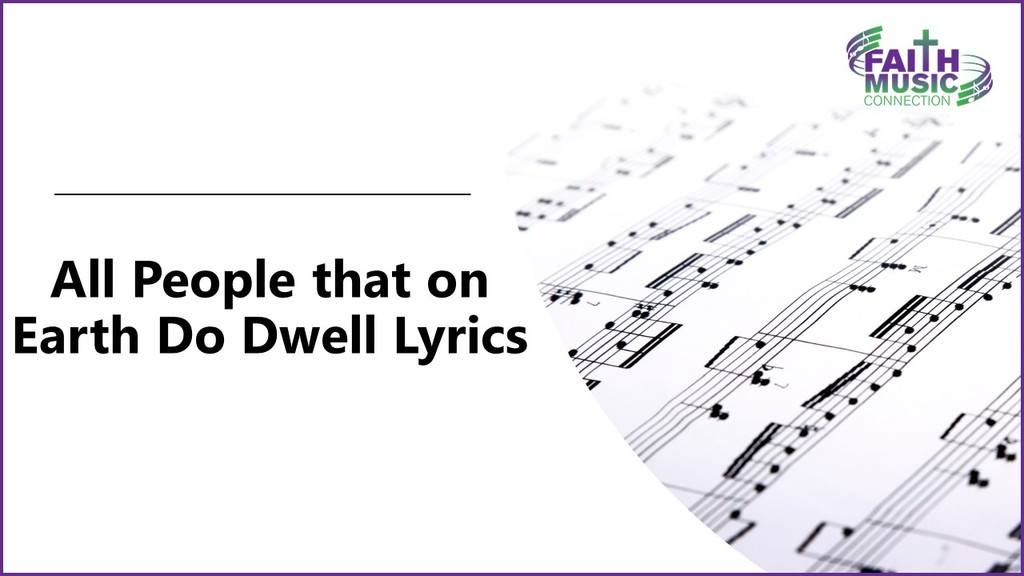 "All People that on Earth Do Dwell" is one of 25 metrical Psalm settings William Kethe wrote for publication in 1561. A metrical setting of Psalm 100, it appeared that year in Geneva in an expanded edition of the "Anglo-Genevan Psalter."  Many English religious exiles took refuge in Geneva, where Psalm settings in French were popular."John Day's Psalter," actually an expanded edition of the "Sternhold and Hopkins Psalter," London, 1561, also included Kethe's lyrics.  This psalter also included some French Psalm tunes along with Psalm settings in English. Some scholars consider Kethe's lyrics to be the oldest Psalm setting still in common use today. "All People that on Earth Do Dwell" is usually paired with Louis Bourgeois' tune, "Old Hundredth," in modern hymnals. 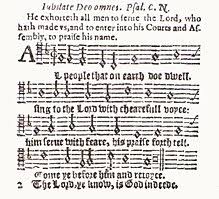 All People that on Earth Do Dwell with Old Hundredth tune Source: Wikipedia

All People that on Earth Do Dwell

All people that on earth do dwell,
Sing to the Lord with cheerful voice,
Him serve with fear, His praise forthtell;
Come ye before Him and rejoice.

The Lord, ye know, is God indeed;
Without our aid He did us make.
We are His folk, He doth us feed,
And for His sheep He doth us take.

O enter then His gates with praise,
Approach with joy His courts unto;
Praise, laud, and bless His name always.
For it is seemly so to do.

For why? The Lord our God is good;
His mercy is forever sure.
His truth at all times firmly stood,
And shall from age to age endure.

To Father, Son, and Holy Ghost,
To God whom heaven and earth adore,
From men and from the angel host
Be praise and glory evermore. 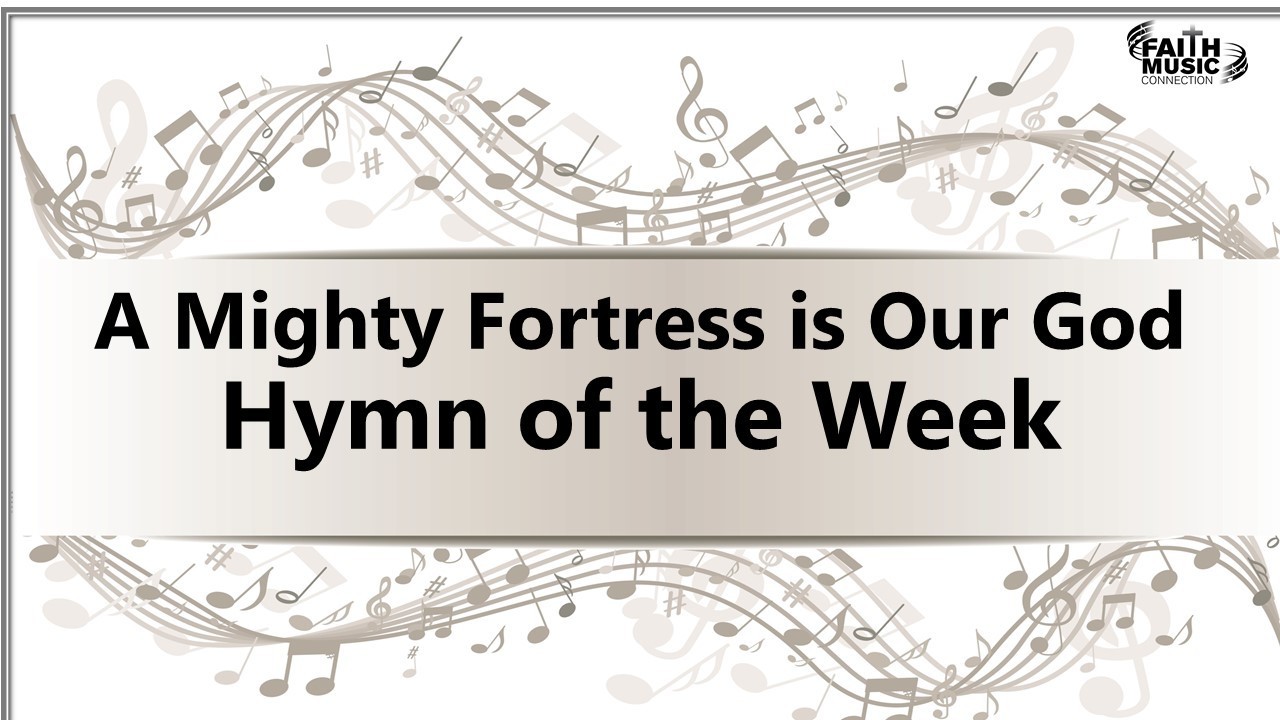 Come, We That Love the Lord Lyrics