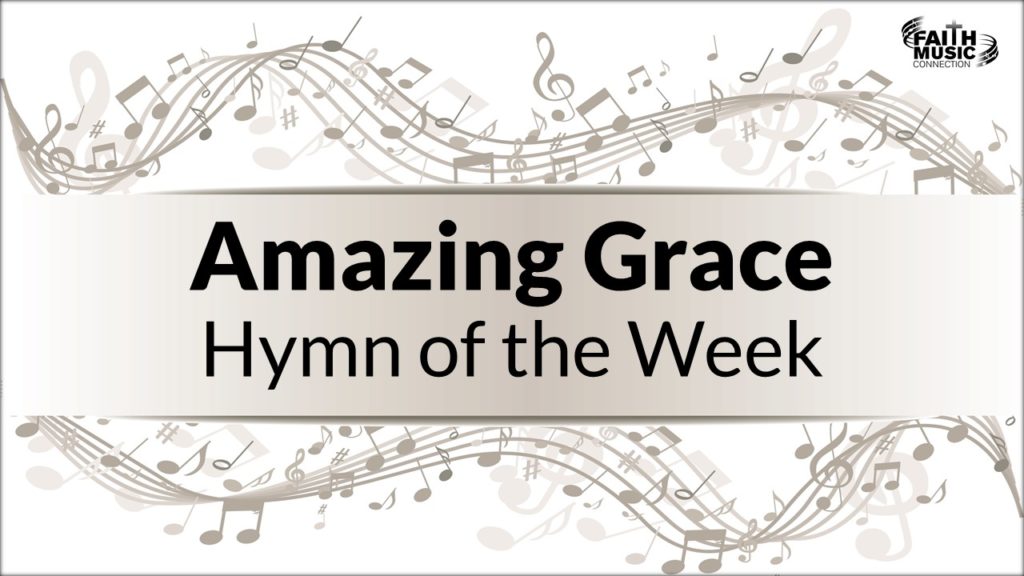 Amazing Grace is perhaps the most popular hymn of all time and was written by an author who had only two years of formal education.

It appears in almost every modern hymnal and has been translated into numerous languages. Though its tune is known throughout the world, performed by professional opera singers, country music stars, folk singers and bagpipers, sung in churches from the most humble country church to the greatest cathedrals, the composer is unknown.

The hymn was written to accompany a New Year's sermon based on the Old Testament book of First Chronicles, chapter 17, verse 16: "Then King David went in and sat before the Lord, and said, 'Who am I, 0 Lord God, and what is my house, that you have brought me thus far?" The final phrase of this verse is clearly reflected in the third stanza of this great hymn—"Tis Grace has brought me safe thus far, and Grace will lead me home!" As you may have already recognized, these words are from Amazing Grace, How Sweet the Sound...The Hymn of the Week! 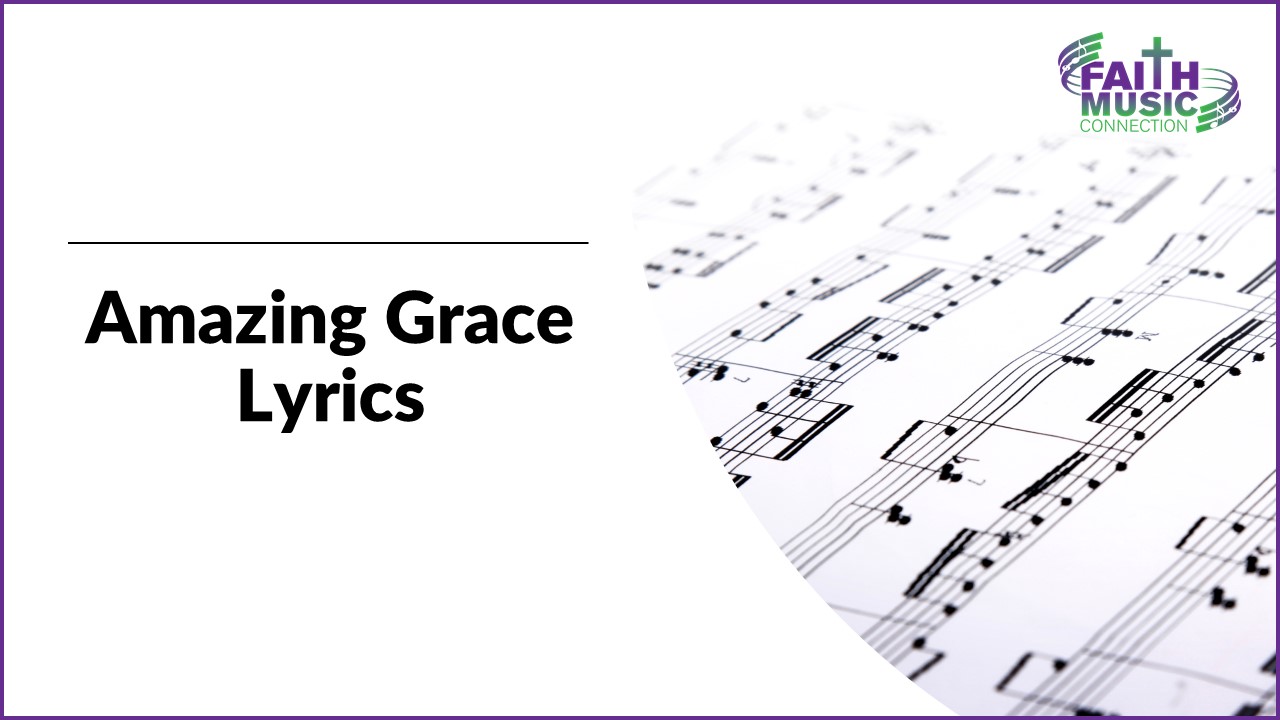 Though his mother was a devout Calvinist, who had taught her son the hymns of Isaac Watts and the Westminster Catechism before her death when he was only six, by the age of 18, there was little to suggest that John Newton would live any other life than the "dog's life of a sailor."

The son of a sea captain, he had continually been at sea since the age of 11, when his father ended his formal schooling after only two years. Captain Newton treated his son harshly, showing him no favors and leaving him to fend for himself among the sea-hardened sailors among whom he lived and toiled.

During a brief furlough, he was conscripted against his will and made a midshipman on a ship in the British navy. Flogged for desertion from the navy, he was taken to Sierra Leone, off the coast of Africa, where he lived as a slave for over two years.

John Newton was Half starved

John Newton was often offered food from the meager rations of the African slaves among whom he lived. Years later, he wrote this about himself as a young sailor, "I was capable of anything; I had not the least fear of God before my eyes, nor (so far as I remember) the least sensibility of conscience."

He was rescued from this miserable existence, after a chance landing on the island of a ship captained by an old friend of his father.

On the return voyage to Ireland, during a storm which threatened to sink the ship, Newton had a spiritual awakening while praying for God's mercy; after almost twelve hours of manning the pumps, he was charged with steering the ship through the storm, during which he had a sense of God's presence and favor.

After the storm subsided, he intently studied the New Testament and was particularly impressed by a passage in the Gospel of St. Luke, promising the Holy Spirit to those who ask. Recognizing his need, he prayed to God for the gift of this Spirit and for faith. The date was March 21, 1748, a date that he commemorated for the rest of his life.

Need for an Almighty Saviour

By the time the ship had reached Ireland, he was aware that his life had changed. He later wrote about this experience as follows. "I stood in need of an Almighty Savior; and such a

one I found described in the New Testament. Thus far the Lord had wrought a marvelous thing: I was no longer an infidel: I heartily renounced my former profaneness, and had taken up some right notions; was seriously disposed, and sincerely touched with a sense of the undeserved mercy I had received, in being brought safe through so many dangers.

I was sorry for my past misspent life, and purposed an immediate reformation. I was quite freed from the habit of swearing, which seemed to have been as deeply rooted in me as a second nature. Thus, to all appearance, I was a new man."

But, his conversion was not complete. After several months he returned to the sea as the captain of a slave-trading ship; for which he later expressed deep remorse and became one of the chief advocates for the abolishment of slave trading in the British Isles.

In 1750, he married Mary Catlett, whom he had met when he was seventeen and she only 13. Their marriage was an extremely happy one, which lasted for 40 years until her death in 1790. Though they had no children, they adopted two nieces who remained devoted to them for the rest of their lives. He ended his seafaring career in 1754 after suffering an epileptic seizure, and he became surveyor of tides at Liverpool, a position he held for ten years.

During this time, he taught himself to read Greek and Hebrew so that he could better discern the meaning of the scriptures. He often attended services to hear the preaching of George Whitefield and other evangelicals, and his faith and understanding grew. In 1764, he was ordained in the Church of England, and was made pastor of the parish at Olney.

A compassionate and loving pastor, he became popular with his parishioners, including many of the poor and illiterate who toiled as lace makers. It was at Olney that Newton became pastor to the troubled poet William Cowper, who suffered continual bouts of severe depression.

In an attempt to help his friend, Newton suggested that he and Cowper collaborate in writing a series of hymns to accompany his sermons. Cowper was able to complete only 67 hymns before becoming completely mentally incapacitated, but Newton continued at the rate of one hymn per week until a total of 348 hymns had been written for the collection, known as the Olney Hymns, which were quite influential in bringing Evangelical hymnody into the Church of England.

Amazing Grace, How Sweet the Sound, first appeared in this collection, in 1779. The fifth and sixth of Newton's original stanzas are typically omitted from modern hymnals. Many hymnals include a fifth stanza beginning, "When we've been there ten thousand years," which is from the anonymous, early 19th -century American hymn, “Jerusalem, My Happy Home."

In 1780, John Newton left Olney to become pastor of St. Mary's Woolnoth, in London, where he remained until his death in December of 1807 at the age of 82. A month before he died he wrote the following. "It is a great thing to die; and, when flesh and heart fail, to have God for the strength of our heart, and our portion forever. I know whom I have believed, and he is able to keep that which I have committed against that great day. Henceforth there is laid up for me a crown of righteousness, which the Lord, the righteous Judge, shall give me that day." John Newton's conversion was now complete!

The beautiful melody of Amazing Grace is more than likely an American tune, originating in the early 19th century. It first appeared in the Virginia Harmony, compiled by James P. Carrell and David L. Clayton and published in Lebanon, Virginia, in 1831. It was written in "shaped notes", a system of music notation popular in the South throughout the 19th century, and it appeared in many collections, sometimes called by such other names as New Britain, Harmony Grove, Symphony, Solon and Redemption.

The modern form of the tune is most often credited to E. O. Excell, who included it in his collection, His Praise is Glorious, published in Chicago, in 1900. Excell, who lived from 1851 - 1921 began his working life as a bricklayer and plasterer. A gifted musician, he studied with the influential 19th century American Composer and music teacher, George F. Root. He later worked with evangelist Sam Jones, among others, and wrote over two-thousand gospel hymns.

Devotional or Scripture Related to the Amazing Grace Hymn

Because his conversion to Christianity was so dramatic, and because he was such a prolific writer, John Newton continues to be our pastor today. On controversy and religious extremism he wrote, "Of all people who engage in controversy, we, who are called Calvinists, are most expressly bound by our own principles to the exercise of gentleness and moderation...

The Scriptural maxim, that "the wrath of man worketh not the righteousness of God," is verified by daily observation. If our zeal is embittered by expressions of anger, invective, or scorn, we may think we are doing service to the cause of truth, when in reality we shall only bring it into discredit."

On the love of God and our response he writes,

Let us love and sing and wonder,

Let us praise the Savior's Name!

He has hushed the law's loud thunder,

He has quenched Mount Sinai's flame.

He has washed us with his blood,

He has brought us nigh to God.

Let us wonder; grace and justice

Join and point to mercy's store;

When through grace in Christ our trust is,

Justice smiles and asks no more:

He who washed us with his blood

Has secured our way to God.

Let us praise, and join the chorus

Of the saints enthroned on high;

Here they trusted Him before us,

Now their praises fill the sky:

"Thou hast washed us with Your blood;

Thou art worthy, Lamb of God!"

Hark! the Name of Jesus, sounded

Loud, from golden harps above!

Lord, we blush, and are confounded,

Faint our praises, cold our love!

Wash our souls and songs with blood,

For by Thee we come to God.

Finally, John Newton leaves us a two-stanza hymn of Benediction which is as timely today as it was on the day it was written over two centuries ago.

May the grace of Christ our Savior

And the Father's boundless love

With the Holy Spirit's favor,

Rest upon us from above.

Thus may we abide in union

With each other and the Lord,

And possess, in sweet communion,

Perhaps, play the hymn tune "Cross of Jesus" by John Stainer, which appeared in his oratorio, "The Crucifixion."