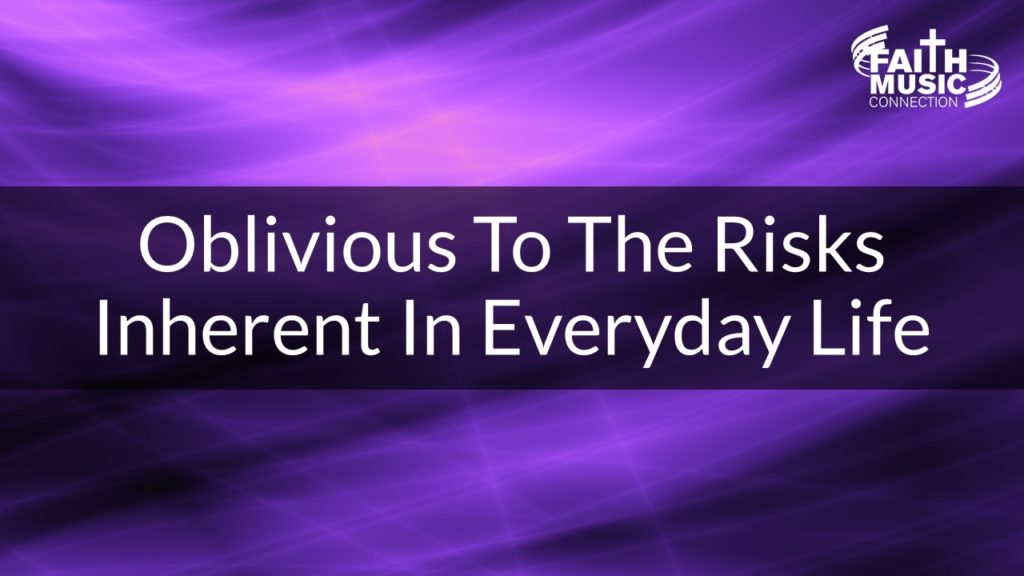 After a recent visit to the beaches of Normandy, France, scene of the largest amphibious assault in military history, I was struck with the idea that most of us are oblivious to the risks inherent in everyday life, in stark contrast to the military, which considers and expects casualties in every operation.

Accidents happen, illness strikes, marriages break-up, deaths occur. Just driving from place to place in our cars is one of the statistically most dangerous things we do, yet who considers the possibilities of injury or death before we return home?

Click on the link to see the Amazing Grace Lyrics.

The widespread destruction of hurricanes Harvey and Irma reminds us that no one is immune from the effects of storms and natural disasters. Survivors interviewed by the media report that the aftermath brings out the best and the worst in people.

Among reports of widespread looting, hooliganism and profiteering, there are also numerous contrasting stories of people going out of their way to help storm victims, to clean up debris and to repair and bring things back to normal as quickly as possible.

John Newton’s remarkable life (1725-1807) was marked by incredible contrasts. Shortly after his mother died when he was only six, his father, a ship captain active in the slave trade from Africa to England, ended Newton’s formal education and, showing him little affection, gave him duties alongside seasoned crew members. By the age of 15, he was conscripted into the British navy. His unhappy youth was culminated by a series of events that resulted in his becoming a slave among native Africans; he was rescued when a sea captain friend of his father recognized and freed him.

As an adult, Newton became active in the slave trade as had his father, until a great storm at sea changed his life. He was given the task of charting and guiding the ship to safety after it was presumed to have no chance of surviving the storm. Upon his unexpected safe return, he was moved to read the New Testament, which his mother had read to him at an early age.

He became a Christian, feeling a strong sense of the grace of a loving God, who had, “saved a wretch like me,” ultimately becoming a pastor in the Church of England, considered by many as being the person most responsible for ending the slave trade in England.

Tragedy and storms affect the just and the unjust, but an attitude of gratitude in the Grace of a loving God, has helped bring out the best in many through the centuries—“Tis grace has brought me safe thus far, and grace will lead me home.”