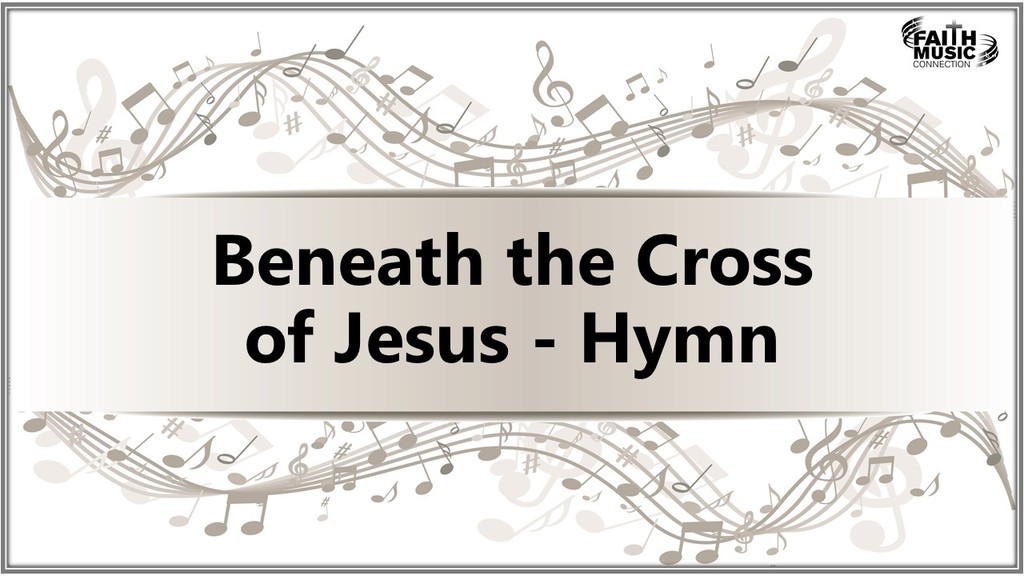 Beneath the Cross of Jesus – Introduction of the Hymn

Welcome to “The Hymn of the Week.” The subjective, emotional and widely-expressive contrasts are characteristics of Romanticism in art, poetry and music. Consequently, Romanticism had a profound effect on the creation of new hymns in English during the 19th century. In Great Britain, the Oxford Movement emphasized a return to a more formal, liturgical manner of worship. This contrasted with the fervor for evangelism and gospel hymns in the United States and even in Presbyterian Scotland. There, since the Reformation, Psalmody had been the prevailing style of hymn singing.

One of the most enduring of hymns from this period is “Beneath the Cross of Jesus,” —"The Hymn of the Week!”

Click Below for Beneath the Cross of Jesus Lyrics 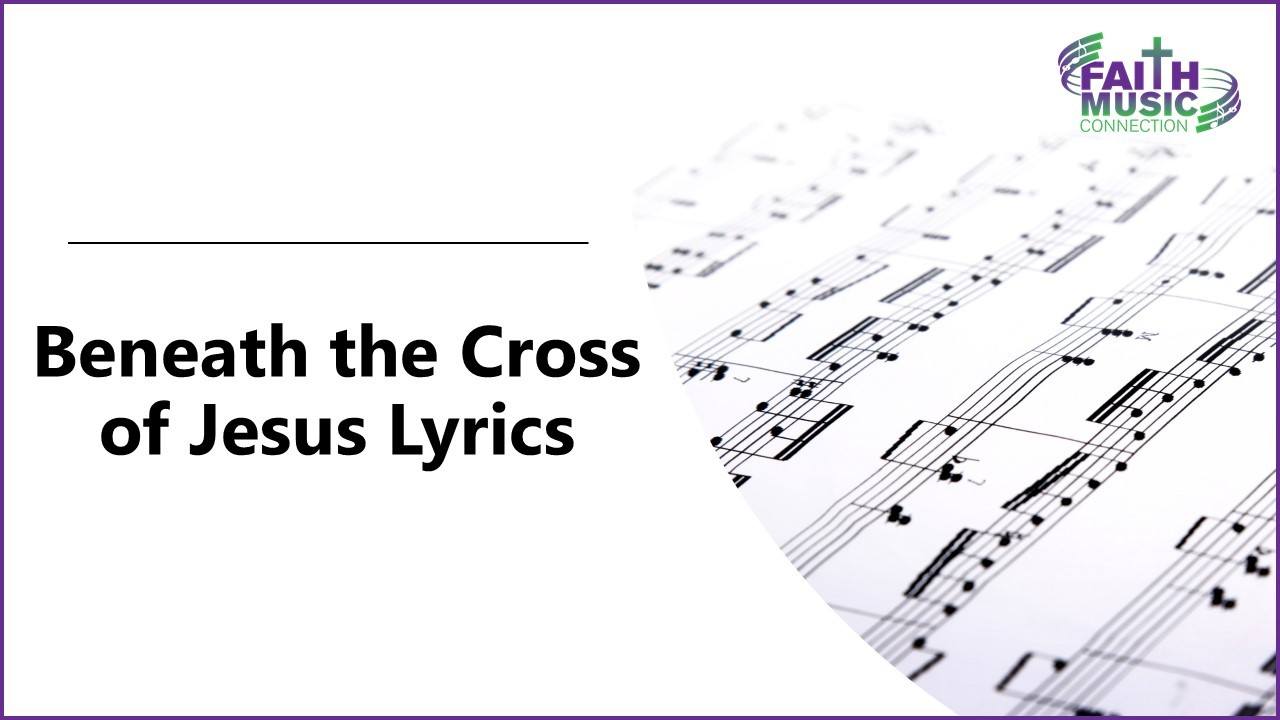 Beneath the Cross of Jesus: Hymn of the Week Radio Show Episode

Reading of Beneath the Cross of Jesus Lyrics

Beneath the Cross of Jesus, I fain would take my stand,
The shadow of a mighty rock within a weary land;
A home within the wilderness, a rest upon the way,
From the burning of the noon-tide heat, and the burden of the day.

O safe and happy shelter, o refuge tried and sweet,
O trysting place where heaven’s love and heaven’s justice meet!
As to the holy patriarch that wondrous dream was given,
So seems my savior’s cross to me, a ladder up to heaven.

There lies beneath its shadow but on the further side
The darkness of an awful grave that gapes both deep and wide,
And there between us stands the cross two arms outstretched to save
A watchman set to guard the way from that eternal grave.

Upon that cross of Jesus mine eye at times can see
The very dying form of one who suffered there for me;
And from my stricken heart with tears two wonders I confess;
The wonders of redeeming love and my unworthiness.

I take, o cross, thy shadow for my abiding place;
I ask no other sunshine than the sunshine of his face;
Content to let the world go by, to know no gain or loss,
My sinful self my only shame, my glory all the cross.

And now, let us hear our hymn as sung by the Old-Fashioned Revival Hour Choir.

Background of Beneath the Cross of Jesus

Elizabeth Cecilia Douglas Clephane, a devout Scottish Presbyterian, is the author of “Beneath the Cross of Jesus.” Born in Edinburgh in 1830, she was the youngest of three daughters of Andrew Clephane, sheriff of Fife and Kinross. Her mother was a member of the prominent Douglas family. Elizabeth lived most of her life in nearby Melrose in the Abbottsford area. Sir Walter Scott, also a resident, has beautifully described this place.

Elizabeth Clephane’s father died while she was very young. Though of fragile health, herself, she took a particular interest in the poor and downtrodden. Accordingly, she and her sisters gave much of their family wealth to alleviate their suffering. Thus, she became known as the “sunbeam” of Melrose for her philanthropic devotion.

Elizabeth Clephane wrote poetry and several hymns, which were published in newspapers and in religious publications. Of her hymns, only two are well-known today— “The Ninety and Nine” and “Beneath the Cross of Jesus.” She wrote the latter hymn while a bed-ridden invalid, shortly before her death in 1869, at age 38. Both of these hymns were published in 1872, in the Scottish Presbyterian periodical, “The Family Treasury.” Ira Sankey encountered them while serving as evangelist Dwight L. Moody’s music associate in Scotland. Later, he popularized these hymns in the United States.

Rich in Metaphor and Scriptural Allusions

“Beneath the Cross of Jesus” is rich in metaphor and many scriptural allusions. William Arnot, editor of “The family Treasury,” described this hymn as follows. “These lines express the experiences, hopes and the longings of a young Christian lately released. Written on the very edge of life, with the better land fully in view of faith, they seem to us footsteps printed on the sands of time, where these sands touch the ocean of eternity. These footprints of one whom the Good Shepherd led through the wilderness into rest, may, with God’s blessing, contribute to comfort and direct succeeding pilgrims.”

And now, let us hear our hymn as sung by your narrator and host, Dr. Larry Frazier, bass, accompanied by pianist Terry Lowry.

Ira Sankey, 19th-century American singer and gospel hymn editor, composed music for both “The Ninety and Nine” and “Beneath the Cross of Jesus.” He named the music for our hymn “Clephane,” in honor of Elizabeth Clephane. Although quite serviceable, this tune has been supplanted by a poignant, chromatic and meditative tune entitled “St. Christopher.”

Frederick Charles Maker, English organist and choirmaster, composed “St. Christopher” especially for our hymn. Born in Bristol, England, in 1844, he lived his entire life there, filling several important church organist positions. In addition, he served as a visiting professor at Clifton College for twenty years. He composed much sacred music, including anthems and one oratorio, “Moses in the Bullrushes.”

Maker is best remembered for his hymn tunes, “Rest” and “St. Christopher.” He composed “Rest” for John Greenleaf Whittier’s “Dear Lord and Father of Mankind.” “St. Christopher,” paired with “Beneath the Cross of Jesus,” was first published in the 1881 edition of the “Bristol Tune Book.”
And now, let us hear our tune, “St. Christopher,” performed by organist William Neil, followed by saxophonist Paul Park. 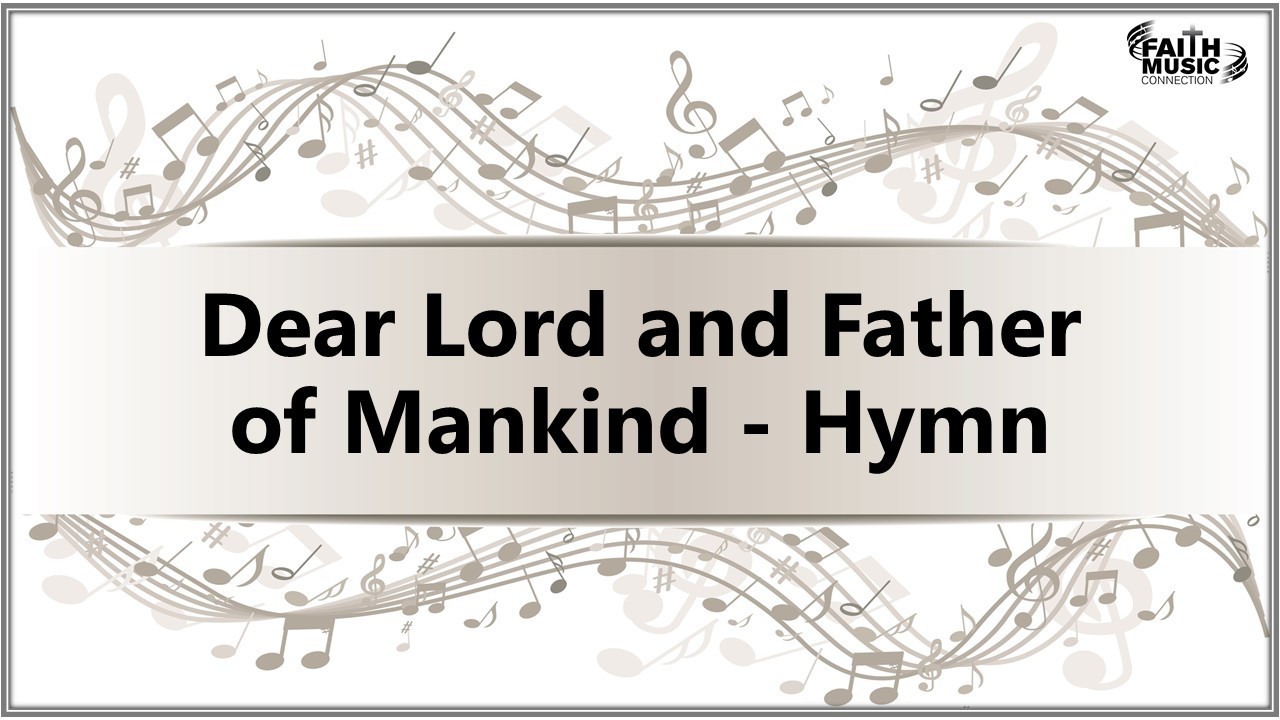 The cross, that instrument of suffering, torture, humiliation, and slow, agonizing death is at the center of the Christian faith. It forever reminds the believer of the wonders of God’s sacrificial, redeeming love. Jesus’ death on a cross is also a permanent reminder of the consequences of our personal sin. The “empty” cross reminds us of the risen Lord Jesus, who overcame our arch-enemy death. It also stands as a symbol of ultimate hope, both universal and intensely personal. This hope is beautifully expressed in the pairing of Elizabeth Clephane’s hymn with Frederick Maker’s tune.

“Beneath the cross of Jesus, I fain would take my stand…I take, o cross, thy shadow for my abiding place…My sinful self, my only shame; my glory all, the cross.”

And now, let us hear an arrangement of our hymn by Albert Travis. The performance is by the combined choirs of Broadway Baptist Church and Southwestern Baptist Seminary, Fort Worth, Texas, with the Festival Brass.