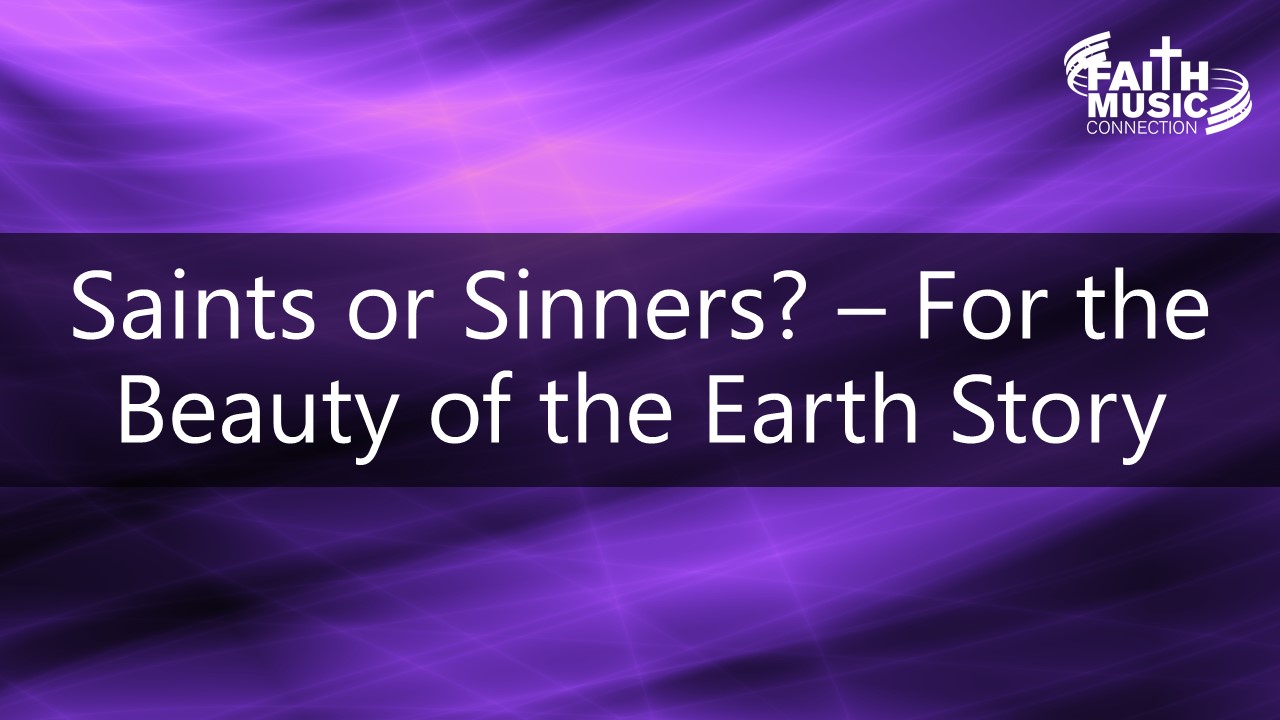 For the Beauty of the Earth Story–Saints or Sinners?

The Bible is filled with stories of saints and people of faith who answered God’s call and made monumental achievements. Abraham, Moses, King David, Elijah, Jesus’ disciples and Paul to name are a few well-known examples. "For the Beauty of the Earth" describes an attitude of gratitude ideal for all people of faith--saints or sinners.

It is easy to place such giants of faith on pedestals high above the more “ordinary” lives we live. But, let’s take a closer look. Abraham was willing to deceitfully offer his wife to a powerful king to save his own life. Moses was a murderer (or at the least he seems to have committed manslaughter). He also evidently had a hot temper, which he had trouble controlling. This character flaw led to a rash act that ultimately prevented his physically entering the promised land after the long sojourn of the Hebrew nation in the wilderness between Egypt and Israel.

King David was an adulterer and a terrible father. His household was in such disarray that some of his sons tried to kill each other and even him. Elijah became so fearful and depressed that he wanted to lie down and die in a desert. Most of Jesus’ disciples publicly denied him and/or ran away in panic at his arrest, scourging and crucifixion.

Paul, the author of many books in the New Testament was, before his encounter with the risen Jesus on the road to Damascus, an implacable enemy of Christians. Paul looked on and held the cloaks of the assassins as they stoned Stephen, one of the first Christian martyrs. He was also responsible for the deaths of many others.

Biblical evidence gives record of the great acts of faith of these heroes. We remember them, not for their flaws, but for the way in which they were empowered by the spirit of God in answering God’s call to mission.

According to the Gospels, Jesus gave us two great commands: love God, with all our being, and our neighbors as ourselves. In our desire to keep these commands we can also remember a quote from Mother Teresa, “I can do no great things…only small things, with great love.”

For the Beauty of the Earth!

As a fulfilling response, Folliot S. Pierpoint’s verses in “For the Beauty of the Earth” allow us to sing of our gratitude at the gifts of God available to all who would answer God’s call and to offer praise in the beautiful refrain, Christ our God, to thee we raise this our sacrifice of praise.