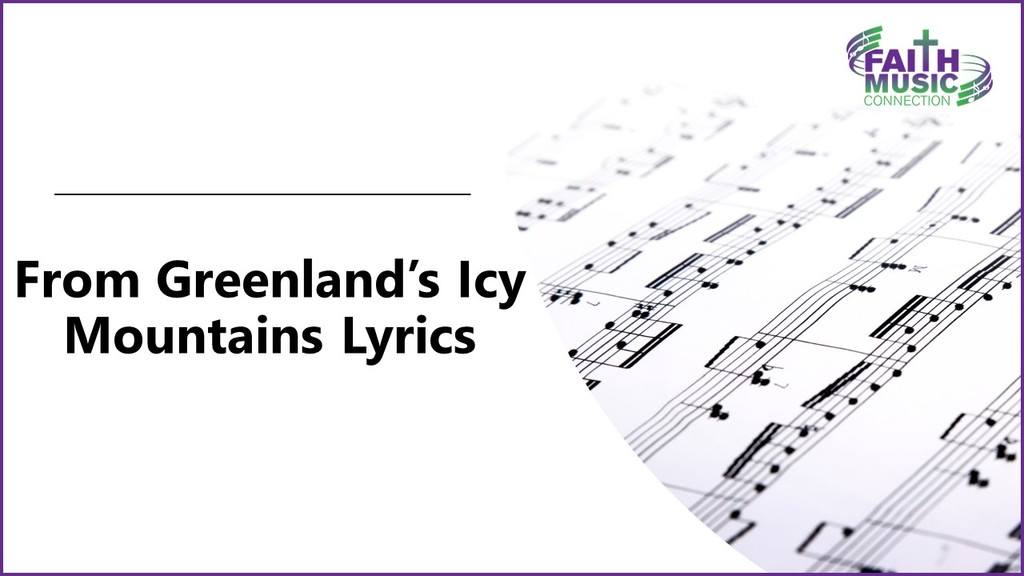 From Greenland’s icy mountains, from India’s coral strand;
Where Afric’s sunny fountains roll down their golden sand:
From many an ancient river, from many a palmy plain,
They call us to deliver their land from error’s chain!

What though the spicy breezes blow soft o’er Java’s isle;
Though every prospect pleases, and only man is vile:
In vain with lavish kindness the gifts of God are strown;
The heathen, in his blindness, bows down to wood and stone!

Can we, whose souls are lighted with wisdom from on high,
Can we to men benighted the lamp of life deny?
Salvation! oh salvation! The joyful sound proclaim,
Till earth’s remotest nation has learned Messiah’s name!

Waft, waft, ye winds, His story, and you, ye waters, roll
Till, like a sea of glory, it spreads from pole to pole;
Till o’er our ransomed nature the Lamb for sinners slain,
Redeemer, king, creator, in bliss returns to reign!

Author Reginald Heber, born into a wealthy and influential family from Cheshire, England, was a precocious reader from an early age. After graduating with academic honors from Brasenose College, Oxford, The Anglican Church ordained and appointed him vicar at Hodnet, Shropshire.

Perhaps as a result of his reading, family experiences and education, Heber developed a keen interest in missionary work. In 1819, he travelled from Hodnet to a small town in Wales to present a lecture supporting Eastern missions. He arrived on the Saturday afternoon before his Sunday evening lecture. Saturday evening, he met with local church officials to finalize plans for the fundraising efforts.

During this meeting, the Dean of the local cathedral asked him to write something the people could sing in worship the next morning. In 17th and 18th-century England, clergy would often write a poem or hymn to accompany their weekly sermons. Heber was quite familiar with this custom, but not with such short notice. However, he quietly moved to a corner of the room away from the meeting and began writing. About twenty minutes later, he had completed all four stanzas of "From Greenland's Icy Mountains," one of the finest missionary hymns.

Reginald Heber wrote over 60 hymns during his rather short life, including the ever popular "Holy, Holy, Holy." Alfred Lord Tennyson considered this one of the finest hymns ever written.

Previous Post Rejoice, the Lord is King! – Hymn of the Week Next Post America the Beautiful Lyrics