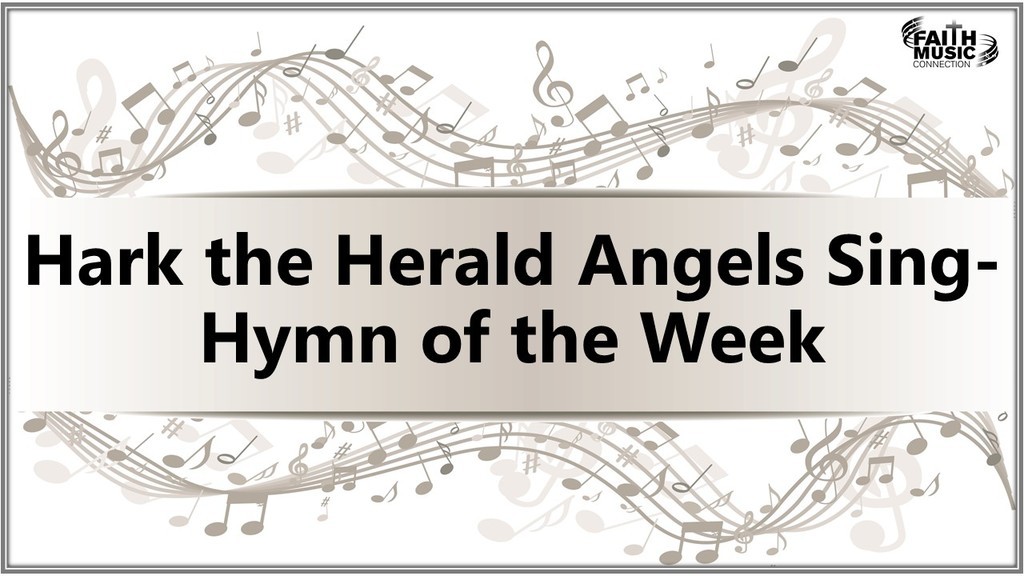 Hark the Herald Angels Sing – Introduction of the Hymn

Welcome to The Hymn of the Week. In the early Christian church, Christmas was celebrated for a much longer period than is the custom today. Traditionally, the season of Christmas began on Christmas Eve. The celebration continued for at least twelve days, sometimes lasting into the month of February. The traditional song, The Twelve Days of Christmas, remains popular, though the gift-giving custom it describes has largely disappeared.

Liturgical churches continue to formally celebrate Christmas over a period of about two weeks. Several fine hymns belong to this season, focusing on the incarnation of God in the infant Jesus. A famous and prolific evangelical 18th-century English preacher, Charles Wesley, wrote one of the most joyous and popular of these hymns. A master 19th-century composer, Felix Mendelssohn, composed the music that is usually paired with this hymn. Hark the Herald Angels Sing is…The Hymn of the Week!

Click below for Hark the Herald Angels Sing Lyrics

Hark, the herald angels sing,
“Glory to the newborn king;
Peace on earth and mercy mild,
God and sinners reconciled!”
Joyful, all ye nations rise,
Join the triumph of the skies;
With th’angelic host proclaim,
“Christ is born in Bethlehem!”

Christ, by highest Heav’n adored;
Christ the everlasting Lord;
Late in time, behold Him come,
Offspring of the virgin’s womb.
Veiled in flesh the Godhead see;
Hail th’incarnate Deity,
Pleased with us in flesh to dwell,
Jesus our Emmanuel,

Hail the heav’nly Prince of Peace!
Hail the Sun of righteousness!
Light and life to all He brings,
Ris’n with healing in His wings.
Mild He lays His glory by,
Born that we no more may die. Born
to raise us from the earth,
Born to give us second birth.

Come, Desire of nations, come,
Fix in us Thy humble home;
Rise, the woman’s conqu’ring seed,
Bruise in us the serpent’s head.
Now display Thy saving power,
Ruined nature now restore;
Now in mystic union join
Thine to ours, and ours to Thine.

Adam’s likeness, Lord, efface,
Stamp Thine image in its place;
Second Adam from above,
Reinstate us in Thy love.
Let us Thee, though lost, regain,
Thee, the Life, the inner man;
O, to all Thyself impart,
Formed in each believing heart.

And now, let us hear our hymn, inspiringly presented by the chorus and orchestra of the Academy of St. Martin in the Fields, conducted by Sir Neville Mariner

Wesley continued his studies at Christ Church College, Oxford. After graduation he became a tutor. In 1727, he founded an organization for students dedicated to upholding the highest standards of academic practice and morality in personal conduct laid down in statutes of the University.

The study of Christian theology was a core academic discipline at 18th-century English and American universities. Indeed, an early brochure from Harvard describes the mission of the institution as follows: “To advance learning and perpetuate it to posterity; dreading to leave an illiterate ministry to the Churches.” The academic color for theology is crimson, for the blood of Christ. an historic color long associated with Harvard. But the university has never been formally associated with a specific religious denomination.

Ordination in the Church of England

Background of the Music

Born in Hamburg, Germany, Felix Mendelssohn (1809-1847) became a most important composer of the Romantic style period of music. His father, Jewish philosopher Moses Mendelssohn, brought him up in the Lutheran Church to avoid anti-Semitic prejudice. Because of this Lutheran influence, the young Mendelssohn came to appreciate the music of J. S. Bach and the Lutheran chorale. Consequently, he incorporated these musical experiences into his own work as a composer.

Mendelssohn’s fifth symphony is known as the “Reformation Symphony.” He prominently included the chorale, “Ein feste Burg” (“A Mighty Fortress”) and the “Dresden Amen” in this great work. He also revived interest throughout Europe in the great masterworks of Bach, such as “The St. Matthew Passion.” In addition, he composed much sacred music, including the oratorios, “Elijah,” St. Paul” and “Hymn of Praise.” These large-scale choral works were popular throughout Europe and especially, in England.

Mendelssohn also wrote music for several hymns, including the tunes, “Munich” and “Consolation.” In 1840, he wrote the music now associated with “Hark the Herald Angels Sing” as a chorus for male voices. He composed this piece to commemorate the four-hundredth anniversary of Gutenberg’s invention of the printing press with moveable type. William Hayman Cummings (1831-1915), noted British musician, adapted the music for use with “Hark the Herald Angels Sing.” He named this tune “Mendelssohn” and published it with our hymn in London, in 1857.

And now, let us hear the tune, “Mendelssohn,” arranged and performed by the Manhattan Strings. Then, listen to hymn and tune as sung by the choir of St. Paul’s Cathedral. Ironically, this was the site of the 1846 first performance of “Elijah,” conducted by Mendelssohn with Cummings as alto soloist.

Charles Wesley’s gifted poetry emphasizes the theological impact of God’s intervention in
human history. Compellingly, he invites Christians, then and now, to meditate on the meaning of Christmas. “Christ, by highest heaven adored…the everlasting Lord…Late in time, behold him come, offspring of a virgin’s womb. Veiled in flesh, the Godhead see, hail th’incarnate deity. Pleased with us in flesh to dwell, Jesus, our Emmanuel”—God with us. “Born to raise the sons of earth…to give them second birth…that we no more may die! Now display Thy saving power; ruined nature now restore. Now in mystic union join Thine to ours and ours to Thine. Hark the herald angels sing, glory to the new-born king!”

And now, let us hear our hymn as presented by the Salvation Army Band and Chorus.

Thank you for joining me for this episode of The Hymn of the Week. Next week we will consider another great hymn.

Until then, this is your host, Dr. Larry Frazier...