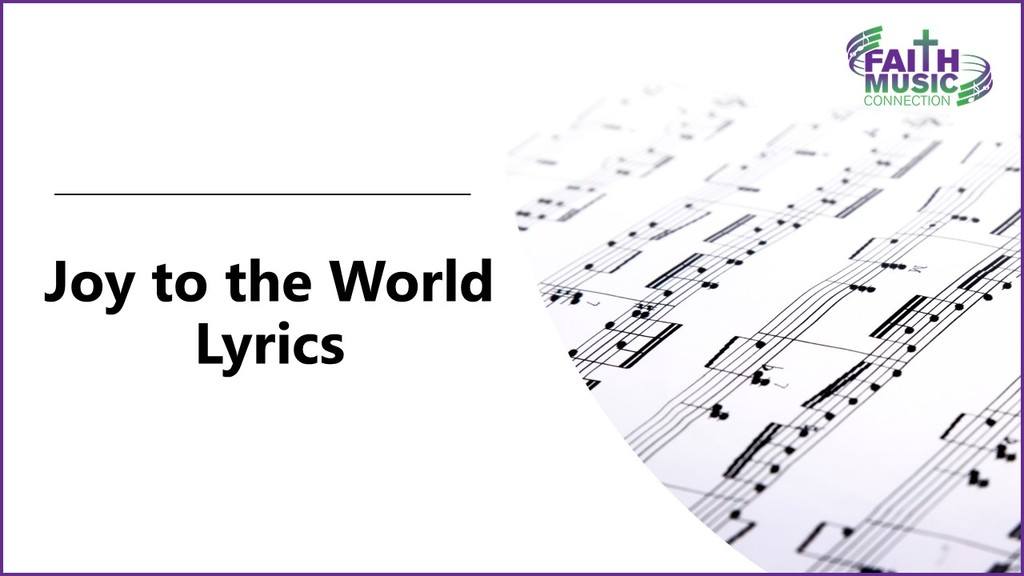 Joy to the World Lyrics

Joy to the world, the Lord is come!
Let earth receive her King;
Let every heart prepare Him room,
And Heaven and nature sing.

Joy to the earth, the Savior reigns!
Let men their songs employ;
While fields and floods, rocks, hills and plains
Repeat the sounding joy.

No more let sins and sorrows grow,
Nor thorns infest the ground;
He comes to make his blessings flow
Far as the curse is found.

He rules the world with truth and grace,
And makes the nations prove
The glories of His righteousness,
And wonders of His love.

Notes on the Lyrics

"Joy to the World" first appeared in 1719 in a collection restating the Psalms in New Testament, Christian language. In contrast to current usage, it was not originally intended as a Christmas hymn. Instead, author, Isaac Watts, wrote it as a paraphrase of Psalm 98:4-9, focusing more on the second coming of Christ.

In his paraphrase, Watts, with poetic grace, beautifully restates the Psalm text into lyric Christian verse. He encompasses both Old and New Testament theology of Christ as child and king, creating a wonderful Advent hymn.

Watts wrote "Joy to the World" in a metrical pattern known as "common meter." This meter consists pairs of poetic verses with lines of eight syllables followed by lines of six syllables. This pattern can also be notated 8.6.8.6.