Joyful, Joyful, We Adore Thee – Introduction of the Hymn

Welcome to “The Hymn of the Week.” The place is Vienna, Austria. The time is the evening of May 7, 1824. A large audience has gathered for the premier performance of a new symphony. Though eccentric and temperamental, the local composer had become a favorite of Viennese concertgoers.

An hour passes. The customary four movements of the standard symphony, interrupted only by short pauses between, are complete. But there is no applause. This new work is already over twice as long as earlier symphonies by this composer. Even so, the audience expectantly and eagerly listens as a fifth movement begins. First, an introduction restates important musical themes from each of the previous four movements. Next, the orchestra sounds a new melody.

Soprano, alto and tenor soloists, together with a large chorus of singers, bring this massive work to a stirring conclusion. The audience, overwhelmed, momentarily sits in stunned silence. Then, they jump to their feet in thunderous applause and shouts of appreciation of this musical masterpiece of classical symmetry and romantic yearning.

Hunched over the score with his back to the audience, the composer, totally deaf for several years, continues to conduct. He is oblivious of the stupendous ovation until gently turned around by the alto soloist. This unleashes a flood of renewed cheering and applause, continuing long into the evening.

Such was the setting for the first public performance of Beethoven’s Symphony #9 in d minor. The principal melody of the final movement provides the tune for a most powerful hymn of praise. “Joyful, Joyful, We Adore Thee” is… “The Hymn of the Week!

Click Below for Joyful, Joyful, We Adore Thee Lyrics

Reading of the Joyful, Joyful, We Adore Thee Lyrics

Joyful, joyful, we adore Thee,
God of glory, Lord of love;
Hearts unfold like flowers before Thee,
Praising Thee, their sun above.
Melt the clouds of sin and sadness;
Drive the dark of doubt away;
Giver of immortal gladness,
Fill us with the light of day!

All Thy works with joy surround Thee,
Earth and heaven reflect Thy rays,
Stars and angels sing around Thee,
Center of unbroken praise:
Field and forest, vale and mountain,
Blooming meadow, flashing sea,
Chanting bird and flowing fountain
Call us to rejoice in Thee.

Thou art giving and forgiving,
Ever blessing, ever blest,
Well-spring of the joy of living,
Ocean-depth of happy rest!
Thou our Father, Christ our brother,
All who live in love are Thine:
Teach us how to love each other,
Lift us to the joy divine.

Mortals, join the mighty chorus,
Which the morning stars began;
Father-love is reigning o’er us,
Brother-love binds man to man.
Ever singing march we onward,
Victors in the midst of strife,
Joyful music leads us sunward
In the triumph song of life.

And now, let us hear our hymn performed by the Chapel Choir of Duke University

Henry Jackson van Dyke was born in 1852, in Germantown, Pennsylvania. A keen student of literature, he earned undergraduate and graduate degrees from Princeton University. In 1877, Princeton Theological Seminar granted him a divinity degree. Following further study in Berlin, he returned to the United States. The Presbyterian Church, USA ordained him as a minister in 1879.

Van Dyke served seventeen years as pastor of the Brick Presbyterian Church, New York. Subsequently, Princeton appointed him professor of English literature, a post he held for thirteen years. During his tenure at Princeton, he served as editor of the Presbyterian “Book of Common Worship," 1905. And he developed a strong friendship with university president Woodrow Wilson.

Wilson was elected president of the United States in 1912. He appointed van Dyke diplomatic minister to the Netherlands and Luxembourg, where he served until 1917, when the U.S. entered World War I. In that year, he accepted a commission as chaplain in the U.S. Navy.

After the war, van Dyke returned to his home in Princeton, New Jersey. He continued to be active in literary matters, including service on the advisory committee for the Presbyterian Hymnal, 1933. 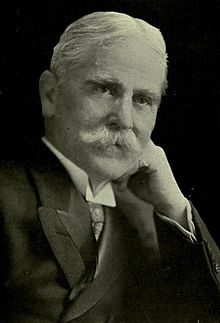 Henry van Dyke wrote the “Joyful, Joyful, We Adore Thee” lyrics in 1907. At the time, he was serving as guest preacher at Williams College in the Berkshire Mountains of Western Massachusetts. Inspired by the beautiful scenery of the Berkshires, he presented the hymn to Williams College president, Harry A. Garfield. Van Dyke also specified that it be sung to the music of Ludwig van Beethoven's, “Hymn to Joy.” Editors of the Presbyterian Hymnal included it in a new 1911 edition. Concurrently, editors included the hymn in a collection entitled, “Poems of Henry van Dyke.”

And now, let us hear our tune as performed by the Raleigh Ringers.

“Hymn to Joy” is one of the relatively few hymn tunes contributed by major composers such as
Beethoven, Mozart or Handel. Ludwig van Beethoven was born in 1770 near the zenith of the classical style-period of music. Music of this period emphasizes clarity of form and emotional restraint. Beethoven linked classical style with the subjective and emotional fervor of romanticism. And Romanticism dominated artistic philosophy through the entire 19th and early 20th centuries.

Beethoven's Setting of Ode to Joy

Beethoven’s choral setting of Friedrich Schiller’s, “Ode to Joy,” is indeed a setting of a hymn. However, the hymn in this form is not ideally suited for Protestant or Catholic worship liturgies. Early American composer and music teacher Elam Ives, Jr., was one of the first arrangers to adapt Beethoven’s music for congregational singing. However, Edward Hodges created the arrangement most widely used today.

Born in Bristol, England, July 20, 1796, Edward Hodges served as church organist there and in Clifton until 1838. Then, he left England to take an important position as organist of the Cathedral in Toronto, Canada. The next year, he moved to New York. There, he served as organist of St. John’s Episcopal Church from 1839-1846 and at Trinity Church for seventeen years, beginning in 1846. He returned to England in 1863, where he lived until his death in 1867. He wrote several hymn tunes and many music journal articles. But, his arrangement of “Hymn to Joy” is his greatest contribution to church music.

And now, let us hear “Hymn to Joy,” majestically played by the King’s Brass and Tim Zimmerman.

Non-German-speaking Americans rarely have an opportunity to consider the beautiful poetry of Friedrich Schiller’s “Ode to Joy.” I invite you to consider and ponder this translation of the complete German text.

O Friends, no more these sounds! Let us sing more cheerful songs, more full of Joy! Joy, bright spark of divinity, daughter of Elysium, fire-inspired we tread thy sanctuary. Thy magic power re-unites all that custom has divided. All men become brothers under the sway of thy gentle wings. Whoever has created an abiding friendship, or has won a true and loving wife, all who can call at least one soul theirs, join in our song of praise. But, any who cannot must creep tearfully away from our circle.

All creatures drink of joy at nature’s breast. Just and unjust alike taste of her gift. She gave kisses and the fruit of the vine, a tried friend to the end. Even the worm can feel contentment, and the cherub stands before God!

Gladly, like the heavenly bodies which He set on their courses through the splendor of the firmament, brothers you should run your race. As a hero going to conquest, you millions, I embrace you. This kiss is for all the world! Brothers, above the starry canopy there must dwell a loving Father. Do you fall in worship, you millions? World, do you know your Creator? Seek Him in the heavens! Above the stars must He dwell.

And now, let us hear the Ode to Joy, from Beethoven’s Symphony #9 in d minor, beautifully performed by the Westminster Choir and Orchestra, directed by Joseph Flummerfelt.