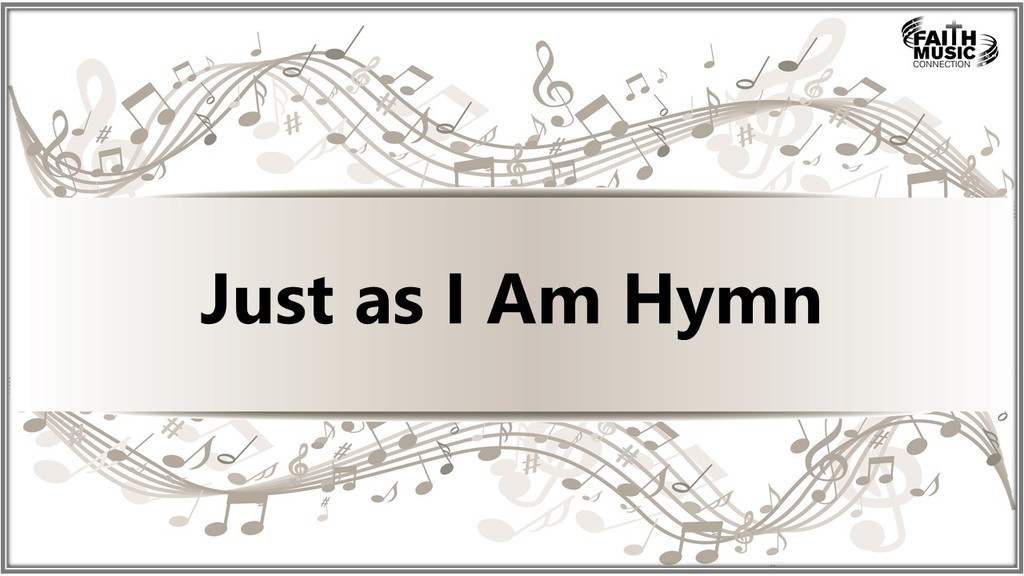 Just as I Am – Introduction of the Hymn

Welcome to “The Hymn of the Week.” Hymns of personal devotion and commitment are among lasting contributions of 19th-century authors and composers. One of the most popular of these hymns is by Charlotte Elliott, prolific English author of about 150 hymns. It is now customarily paired with two different tunes— “Saffron Walden” in England and “Woodworth” in the United States. This hymn, “Just as I Am” is… “The Hymn of the Week!” 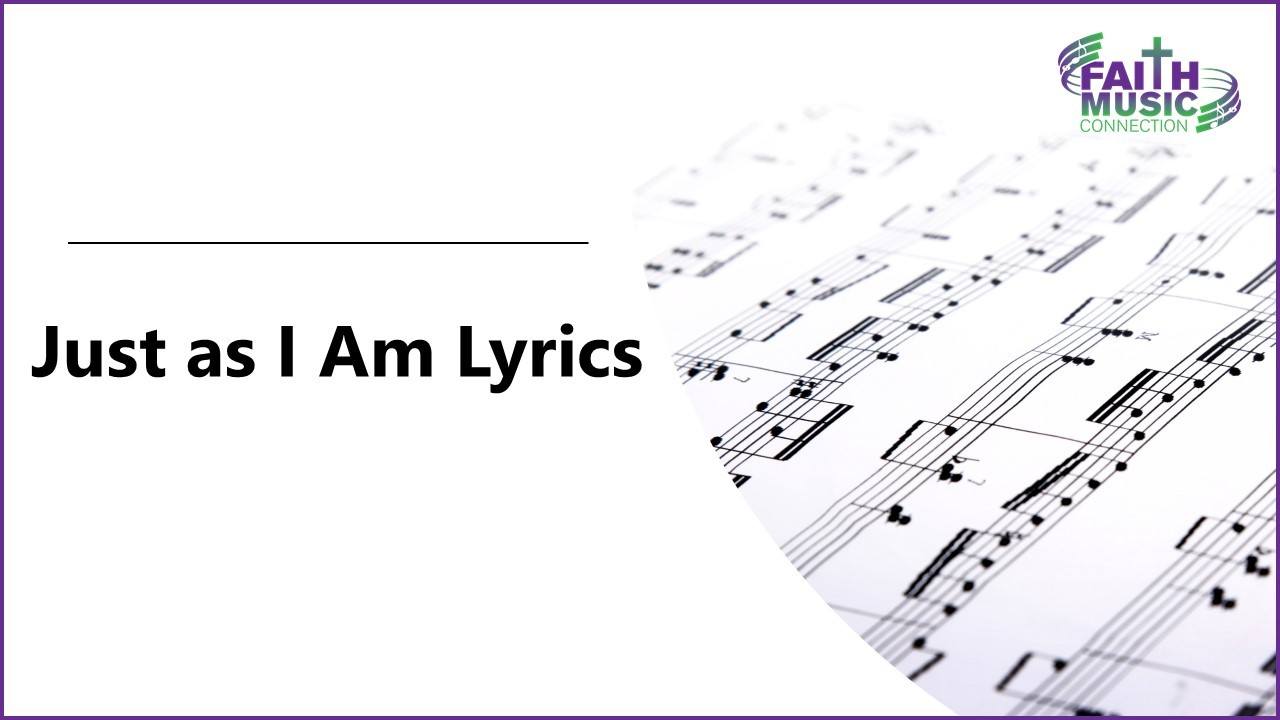 Just as I Am: Hymn of the Week Radio Show Episode

Reading of Just as I Am Lyrics

Just as I am—without one plea,
But that Thy blood was shed for me,
And that Thou bidst me come to Thee—
O Lamb of God, I come, I come.

Just as I am—and waiting not
To rid my soul of one dark blot,
To Thee whose blood can cleanse each spot—
O Lamb of God, I come, I come.

Just as I am—though tossed about
With many a conflict, many a doubt,
Fightings and fears within, without—
O Lamb of God, I come, I come.

Just as I am—poor, wretched, blind;
Sight, riches, healing of the mind,
Yea, all I need in Thee to find—
O Lamb of God, I come, I come.

Just as I am—Thou wilt receive,
Wilt welcome, pardon, cleanse, relieve;
Because Thy promise I believe—
O Lamb of God, I come, I come.

Just as I am—Thy love unknown
Hath broken every barrier down;
Now, to be Thine, yea, Thine alone—
O Lamb of God, I come, I come.

Just as I am—of that free love
The breadth, length, depth, and height to prove,
Here for a season, then above—
O Lamb of God, I come, I come!

And now, let us hear our hymn as sung by the Old-Fashioned Revival Hour Choir.

Background of Just as I Am

Charlotte Elliott was born in 1789, in Clapham, England, the daughter of a successful silk merchant. Her family were devout believers, including a grandfather and a brother who were Anglican priests. She received an education that led her to a love of poetry and music. A serious illness at age thirty left her an invalid for the remainder of her life. Her weakened physical condition caused mental distress and feelings of worthlessness, despite her considerable literary talents.

Why Not Come Just as You Are?

Before her father’s death in 1833, Charlotte Elliott met many important religious leaders who were guests at the family home. Noted Swiss evangelist, H. A. Malan, was one of these visitors. During after- dinner conversation, he asked her if she were a true Christian. She dismissed the question but was troubled by it. Several days later, she told Malan she wanted to come to Christ but didn’t know how. The evangelist replied, “Why not come just as you are?” This reply inspired the resolution of her struggle, resulting in the verses for which she is now most remembered. “Just as I am, without one plea…O Lamb of God, I come.”

Our hymn was first published in an 1836 collection entitled, “The Invalid’s Hymn Book.” Later that year, Charlotte Elliott added a seventh stanza for her collection, “Hours of Sorrow Cheered and Comforted.” A later collection, “Thoughts in Verse on Sacred Subjects,” published in 1869, contains perhaps, her most intimate hymn. This was two years before her death, and it provides insight into the depth of her personal faith.

“Just as I am” has been translated into numerous languages. Today, it continues to be one of the most popular hymns of personal devotion.

And now, let us hear our hymn, first as sung by Johnny Cash, followed by Mahalia Jackson.

A great hymn stands the test of time in its ability to have meaning in the lives of believers living in disparate times. In addition, a great hymn may touch common chords of belief since Jesus first called the multitudes to follow him.

“Saffron Walden,” is the tune now most commonly paired with “Just as I Am” in England. It was written a half-century after the hymn. Ironically, its composer Arthur Henry Brown, was not an evangelical musician. Instead, he was a leader in the Oxford Movement, which championed the restoration of a more objective, formal style to Anglican worship.

Brown was born in Brentwood, Essex, England, in 1830. Largely self-taught, he served the Brentwood Parish Church, Essex, as organist for forty years, beginning in 1842, at age twelve. In addition, he was an influential leader of the London Gregorian Association. This group pushed for reforms to the perceived subjective and emotional excesses of Victorian worship at St. Paul’s Cathedral. In the latter years of his life, Brown taught at a children’s school until his death in 1926, age ninety-five. His many original compositions include service music, anthems, songs and over 800 hymn tunes and carols.

William Batchelder Bradbury (1816-1868) is the composer of “Woodworth,” the tune most widely paired with our hymn in the United States. Born in Maine, Bradbury moved with his family to Boston at age fourteen. He attended the Boston Academy of Music and sang under the direction of noted church musician and composer Lowell Mason.

Thomas Hastings Pairs "Woodworth" and "Just as I Am"

William Bradbury compiled over 50 published collections of sacred and secular music. These include “The Mendelssohn Collection,” 1849, co-edited by fellow New Englander and Lowell Mason student, Thomas Hastings. This collection included “Woodworth,” but paired with another hymn. Several years later, Hastings, composer of “Toplady,” now universally sung with “Rock of Ages,” was the first to publish “Woodworth” paired with our hymn.

“Woodworth” and “Just as I Am” have proven to be a most enduring pairing. Evangelist Billy Graham used our hymn with this tune as the invitation hymn in numerous evangelistic crusades televised world-wide.

We will hear the English tune, “Saffron Walden,” later in this program. Now, let us hear the tune, “Woodworth,” as performed by the Phillip Keveren Woodwind Ensemble.

These words of Jesus from John 6:35-40 must have challenged and comforted Charlotte Elliott as she wrestled with her own personal faith.

“Jesus said to them, “I am the bread of life. Whoever believes in me will never by thirsty. But I said to you that you have seen me and yet do not believe. Everything that the Father gives me will come to me, and anyone who comes to me I will never drive away. For I have come down from heaven, not to do my own will, but the will of him who sent me…This is indeed the will of my Father, that all who see the Son and believe in him may have eternal life. And I will raise them up on the last day.”

Just as I Am, I Come

May we respond to this call as did Miss Elliott and countless saints through the ages. “Just as I Am…O Lamb of God, I come! I come!

And now, let us hear our hymn sung to the tune, “Saffron Walden,” by the Norwich Cathedral Choir.