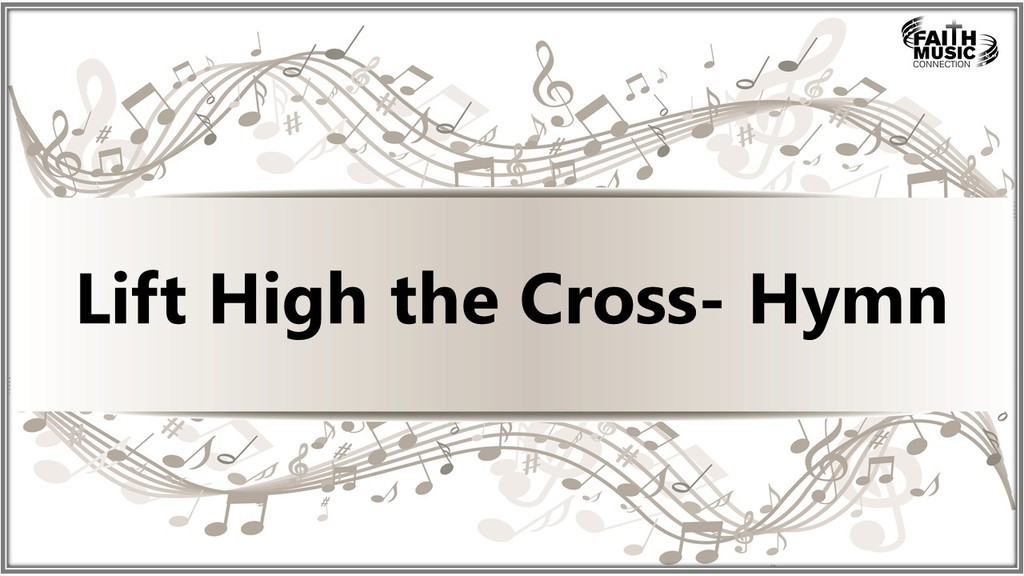 Lift High the Cross - Introduction of the Hymn

Welcome to The Hymn of the Week. For over 2,000 years the cross has been a powerful symbol in western culture. Many nations feature the cross in their national flag; a red cross signifies medical or humanitarian relief. Examples from literature and the arts include the stories of Count Dracula and Faust, in which the cross is used to repel the evil power of the vampire and Mephistopheles.

To Christians, the cross represents the ultimate expression of the love of God in the death and resurrection of Jesus Christ for all humanity. The cross motivates believers to active faith and mission. Among the hymns expressing this power of the cross is a product of the work of two, Church of England clergy and one of the most influential church musicians of the 20th century. This hymn, “Lift High the Cross” is— “The Hymn of the Week!” 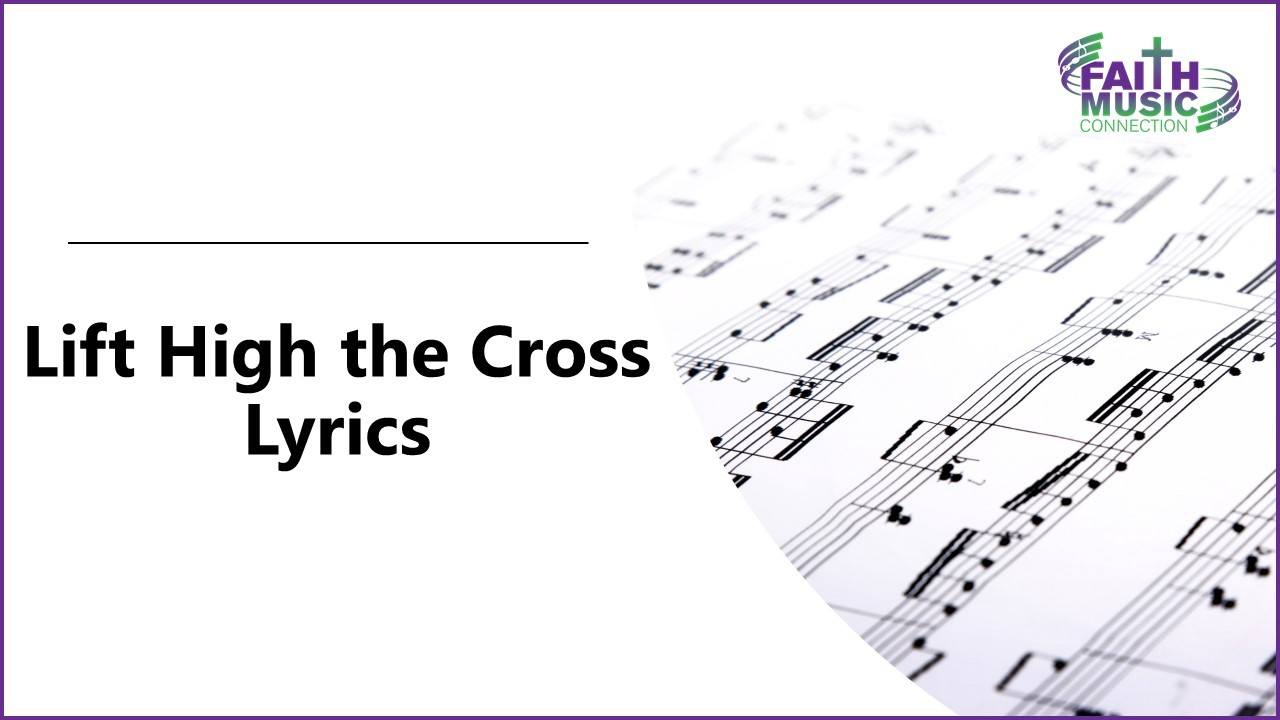 Refrain:
Lift high the cross,
The love of Christ proclaim
Till all the world adore
His sacred name.

Led on their way by this triumphant sign,
The hosts of God in conquering ranks combine. Refrain

Each newborn soldier of the Crucified
Bears on the brow the seal of him who died. Refrain

4-6
This is the sign which Satan’s legions fear
And angels veil their faces to revere. Refrain

Saved by this cross whereon their Lord was slain,
The sons of Adam their lost home regain. Refrain

From north and south, from east and west they raise
In growing unison their songs of praise. Refrain

7-9
O Lord, once lifted on the glorious tree,
As Thou hast promised, draw the world to Thee. Refrain

Let every race and every language tell
Of Him who saves our souls from death and hell. Refrain

From farthest regions let their homage bring,
And on his cross adore their Savior King. Refrain

10 & 11
Set up thy throne, that earth’s despair may cease
Beneath the shadow of its healing peace. Refrain

For Thy blest cross which doth for all atone
Creation’s praises rise before Thy throne. Refrain

Background of Lift High the Cross

George William Kitchin, son of a Church of England clergyman, originally wrote “Lift High the Cross.” Born in Suffolk in 1827, Kitchin received baccalaureate and master’s degrees from Christ Church, Oxford, before his ordination in 1859. He served the church in a variety of roles, including tutor of the crown prince of Denmark, select preacher at Oxford, commissary to the Bishop of Gibraltar and Dean of Winchester. A prolific writer of books and articles on many academic and ecclesiastical topics, he wrote only this one hymn. He died in 1912 at the age of 84

Michael Robert Newbolt (1874-1956), a native of Gloucestershire, England, also received his higher education from Oxford University, graduating with baccalaureate and master’s degrees from St. John’s College in 1895 and 1912, respectively. Ordained an Anglican priest in 1900, he served various positions at several churches, including Brighton, Chester and Dorchester.

Like his colleague George Kitchin, Newbolt is also chiefly remembered for his association with “Lift High the Cross.” Newbolt's altered this hymn for inclusion in the 1916 edition of the influential British hymnal, “Hymns Ancient and Modern.” Newbolt's version is now widely used in current hymnals. Most include the refrain and no more than five of the original 11 stanzas.

Sydney Hugo Nicholson (1875-1947) was one of the most important English church musicians of the first half of the 20th century. He served as organist at Westminster Abbey. From 1913 until his death Nicholson served as music editor of “Hymns Ancient and Modern.” For the 1916 edition, he composed the tune named “Crucifer” specifically for “Lift High the Cross.” "Crucifer" was immediately popular and is today included in many hymnals.

But Thanks be to God, who in Christ always leads us in triumphal procession, and through us spreads in every place the fragrance that comes from knowing him. – 2 Corinthians 2: 14

Have you been a part of a procession – a group of individuals moving along in an orderly manner? Perhaps as part of a high-school or college graduation ceremony? A wedding? A political protest march? Or a parade? Do you remember any flags or banners that were part of the procession? What was your mood? Were you generally looking down or upward?

“Lift High the Cross” is closely connected to Christian processions where leaders of worship enter the church following a cross held high by a crucifer.

This hymn and the above scripture invite us to look up to the cross, the symbol of Christ’s redeeming love. Both hymn and scripture suggest that our individual lives are part of a great procession of believers, throughout history and into the future. And that we proclaim Christ’s love “till all the world adore his sacred name.”

Will you join this great procession?

Thank you for your redeeming love through Jesus Christ. Thank you also for your gift of music and hymns to sing your praise. Help me to never lose sight of the cross. Show me how to live so that I may be a part of your triumphal procession proclaiming Christ’s love.

Thank you for joining me for this episode of “The Hymn of the Week.” Tune in again next week when we will consider another great hymn.

Until then, this is your host, Dr. Larry Frazier