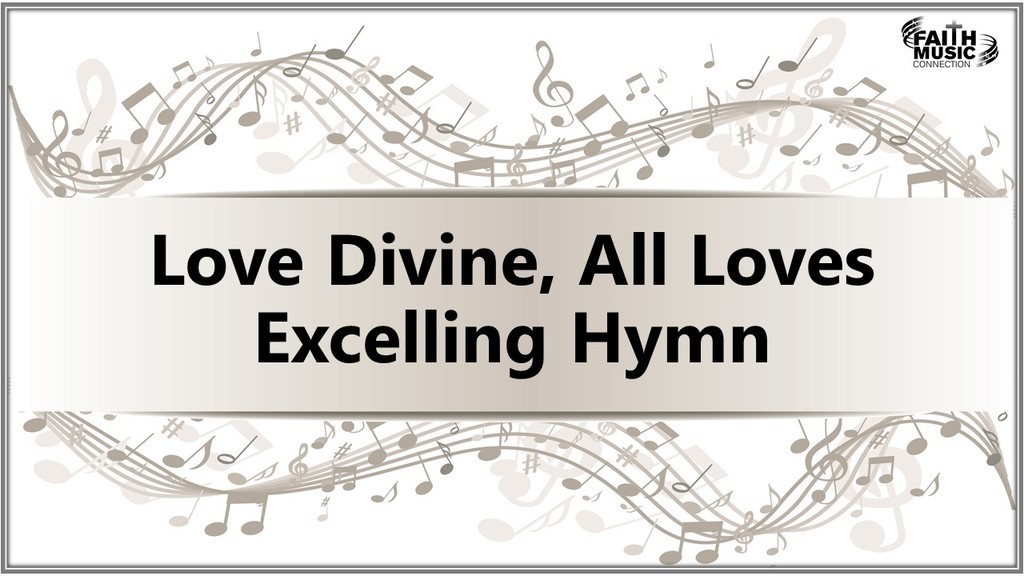 Love Divine, All Loves Excelling – Introduction of the Hymn

Welcome to The Hymn of the Week. Of the thousands of hymns in use around the world, what is your favorite? Or, if you can’t narrow it to one hymn, consider several that you find meaningful. Do you know the names of any of the tunes associated with these hymns? Most of us may think of the tune as being inseparably connected to our favorite hymn. However, perhaps surprisingly, relatively few hymns are written this way. Often, the hymn writer and the composer have never met, or have lived in different eras. Hymn tunes also have names.

Theoretically, any hymn may be paired with any tune as long as both are in the same meter. The stirring, 19th-century Welsh tune “Hyfrydol” is associated with several different hymns, including two by a prolific, 18th-century hymn poet. One of these hymns, “Love Divine, All Loves Excelling,” is…The Hymn of the Week!

Click Below for Love Divine, All Loves Excelling Lyrics 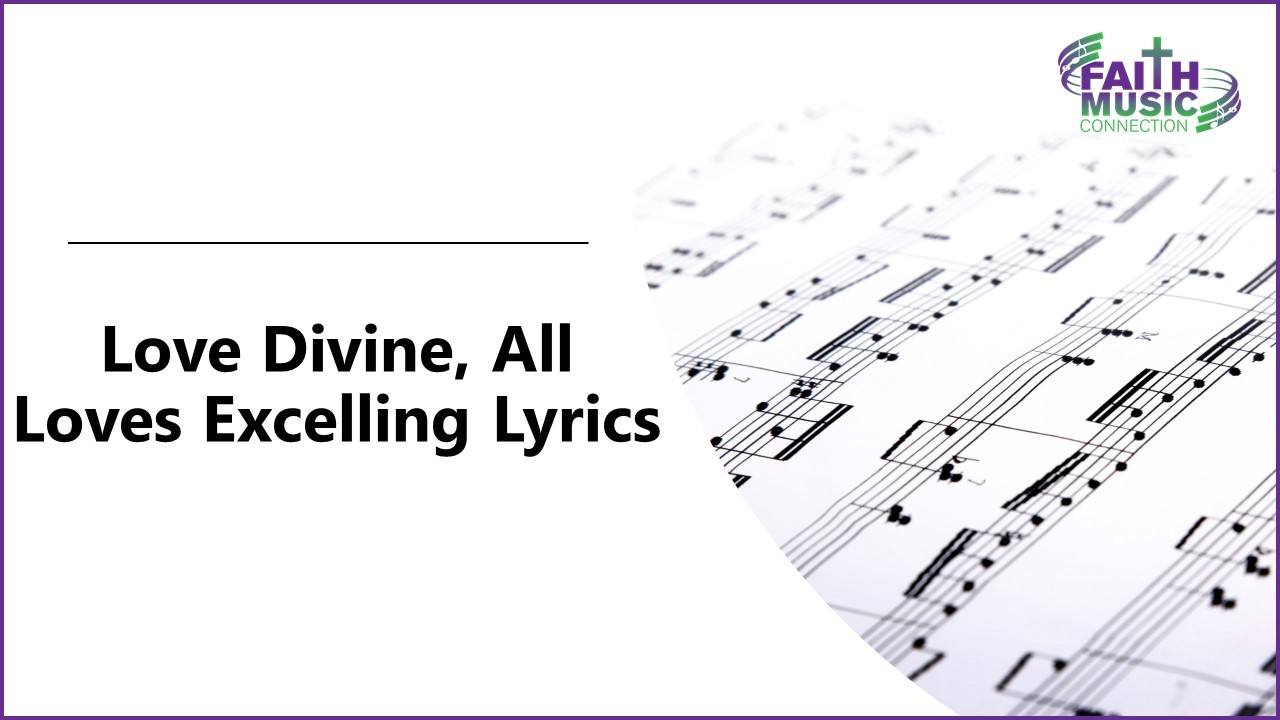 Love divine, all loves excelling,
Joy of Heav’n to earth come down;
Fix in us thy humble dwelling;
All thy faithful mercies crown!
Jesus, Thou art all compassion,
Pure unbounded love Thou art;
Visit us with Thy salvation;
Enter every trembling heart. 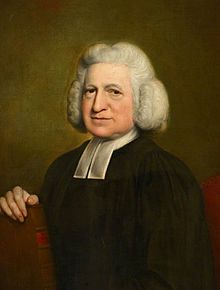 Breathe, O breathe Thy loving Spirit,
Into every troubled breast!
Let us all in Thee inherit;
Let us find that second rest.
Take away our bent to sinning;
Alpha and Omega be;
End of faith, as its beginning,
Set our hearts at liberty.

Come, Almighty to deliver,
Let us all Thy life receive;
Suddenly return and never,
Never more Thy temples leave.
Thee we would be always blessing,
Serve Thee as Thy hosts above,
Pray and praise Thee without ceasing,
Glory in Thy perfect love.

Finish, then, Thy new creation;
Pure and spotless let us be.
Let us see Thy great salvation
Perfectly restored in Thee;
Changed from glory into glory,
Till in Heav’n we take our place,
Till we cast our crowns before Thee,
Lost in wonder, love, and praise.

And now, let us hear our hymn paired with the tune, “Hyfrydol,” as sung by the Mormon Tabernacle Choir.

Wesley continued his studies at Christ Church College, Oxford. After graduation he became a tutor. In 1727, he founded an organization for students dedicated to upholding the highest standards of academic practice and morality in personal conduct laid down in statutes of the University.

The study of Christian theology was a core academic discipline at 18th-century English and American universities. Indeed, an early brochure from Harvard describes the mission of the institution as follows: “To advance learning and perpetuate it to posterity; dreading to leave an illiterate ministry to the Churches.” The academic color for theology is crimson, for the blood of Christ. an historic color long associated with Harvard. But the university has never been formally associated with a specific religious denomination.

Wesley wrote over 6500 hymns, many of which are still popular today. He expresses a wide range of Christian experience in subjective poetic language with a decidedly evangelical emphasis. In addition to “Love Divine, All Loves Excelling” are the following favorites:
“A Charge to Keep I Have;”
“Christ the Lord is Risen Today;”
“Come, Thou Long-expected Jesus;”
“Ye Servants of God, Your Master Proclaim;”
“Jesus, Lover of my Soul;” and
“Hark the Herald Angels Sing.”

For over 50 years, Charles Wesley, though perhaps better gifted, has historically remained in his brother John’s shadow. He tirelessly preached and wrote hymns with astounding facility in advancing the movement for “the people known as Methodists.” He maintained his ordination vows in the Church of England and strongly opposed the establishment of a separate Methodist denomination. He died in 1788.

And now, let us hear our hymn, with the tune “Hyfrydol,” as sung by the Melbourne Welsh Male-Voice Choir.

As is often the case with hymns, Charles Wesley’s “Love Divine, All Loves Excelling” was first published without music. As such, it could be sung to any tune in a compatible meter—lines of verse with syllables in the following pattern: 8.7.8.7.8.7.8.7. The tunes now most commonly paired with our hymn in modern hymnals were all composed many years after Wesley’s death. “Beecher,” by Brooklyn organist John Zundel, and “Hyfrydol,” by Welsh musician Rowland Hugh Pritchard are 19th-century tunes popular in the United States.

And now, let us hear two of the tunes associated with “Love Divine, All Loves Excelling.” Organist William Neil plays “Hyfrydol,” followed by “Blaenwern” as performed by the Grimethorpe Colliery Band.

Consider these concluding verses from Romans, chapter eight. “For I am convinced that neither death, nor life, nor angels, nor rulers, nor things present, nor things to come, nor powers, nor height, nor depth, nor anything else in all creation, will be able to separate us from the love of God in Christ Jesus, our Lord.”

Charles Wesley’s great hymn invites and challenges us to embrace this “Love Divine, All Loves Excelling.” How? —by serving, praying and praising without ceasing “‘til in heaven we take our place, lost in wonder, love and praise.” For over 260 years this hymn has resonated in the hearts and voices of Christians everywhere.

And now, let us hear our hymn, sung to the tune “Love Divine,” by the Choir of St. Paul’s Cathedral, London, directed by Barry Rose.


About the Author Larry Frazier