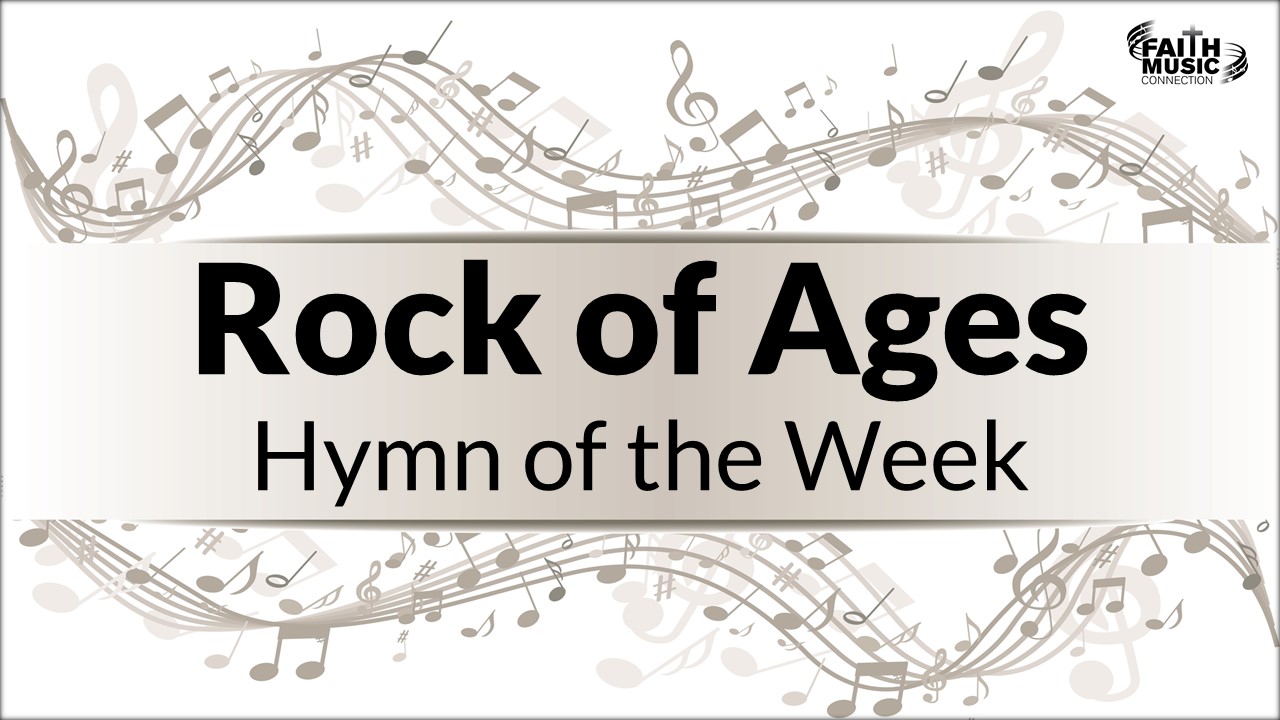 Rock of Ages Hymn of the Week

This is the Rock of Ages Hymn of the Week with Dr. Larry Frazier—presenting the good news in song, combining faith and everyday experience.

In Somerset, in Southwest England, there is a rugged area of craggy, limestone cliffs rising to heights of up to 250 feet, backed by steep valleys or hollows, which for centuries has been mined for its fine limestone. Natural erosion from rainfall has created many caves and crevices in these outcroppings. Within this area lies Burrington Combe, dramatically marked by a tall cliff with deep crevices splitting it down the middle. According to popular legend, it is this landscape that inspired the writing of this week’s hymn, Rock of Ages.

Click here for the Lyrics for Rock of Ages 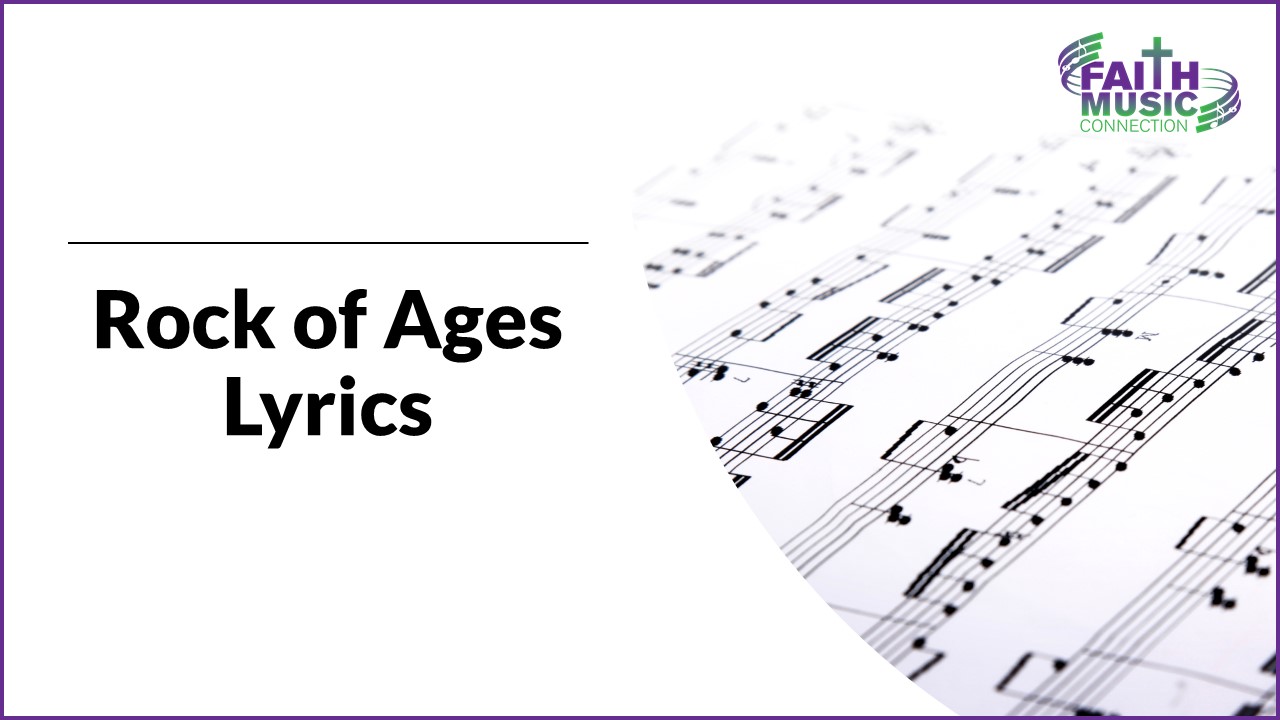 Rock of Ages: Hymn of the Week Radio Show Episode

Reading of the Text for Rock of Ages

Rock of Ages, Cleft for me,
Let me hide myself in Thee;
Let the water and the blood,
From Thy wounded side which flowed,
Be of sin the double cure;
Save from wrath, and make me pure.

Not the labor of my hands
Can fulfill Thy law’s demands;
Could my zeal no respite know,
Could my tears forever flow,
All for sin could not atone;
Thou must save, and Thou alone.

Nothing in my hand I bring,
Simply to the cross I cling;
Naked, come to Thee for dress;
Helpless look to Thee for grace;
Foul, I to the fountain fly;
Wash me, Savior, or I die.

While I draw this fleeting breath,
When mine eyes shall close in death,
When I soar to worlds unknown,
See Thee on Thy judgment throne,
Rock of Ages, cleft for me,
Let me hide myself in Thee.

Background of Rock of Ages Hymn

The eighteenth century was a golden age of hymn writing in England. From the Psalm paraphrases and hymns of Isaac Watts to the evangelistic hymns of John and Charles Wesley, hundreds of new hymns were added to the repertory of Christian hymnody.

In a relatively short life spanning the years 1740 to 1778, Anglican priest Augustus Montague Toplady produced a large number of articles on theology and doctrine as well as sacred poems, Psalms and dozens of largely forgotten hymns plus one, Rock of Ages that, through the years has remained a favorite of many.

This hymn first appeared in The Gospel Magazine, in 1776, during the six-month period in which Toplady served as editor. Established in 1776, this Reformed (Calvinistic) evangelical magazine, in which Edward Peronnet’s, All Hail the Power of Jesus’ Name, first appeared in 1779 and 1780, continues to be published today on a bi-monthly basis.

After completing his formal education at Westminster School, London, and at Trinity College, Dublin, Toplady was ordained by the Church of England and for a short time served churches located in the area of Burrington Combe, which contains the large rock—popularly known as the “Rock of Ages”—under which Toplady is reputed to have taken refuge during a sudden thunderstorm. As appealing as this story may be, most authorities agree that the hymn was probably written several years after Toplady had left the Anglican Church and moved to London to preach at a French Calvinist church.

Whatever the inspiration, Rock of Ages has provided particular comfort to those facing death or tragic circumstances. The image and metaphor of Christ as the Rock of Ages.

Whose death and resurrection is the only hope of salvation for the sinner, is solidly in line with the tenets of Reformed theology, of which Toplady so often wrote. The hymn also seems to have some power to encourage singing—it is reputed to have been the favorite hymn of United States president Benjamin Harrison, the only one he ever tried to sing.

The tune most widely associated with Rock of Ages is Toplady, by American music teacher and composer, Thomas Hastings. Born in Connecticut in 1784, Hastings enjoyed a long and productive live, and he wrote about 1,000 hymn tunes, 600 hymns and over 50 collections of hymns. Hastings’ tune, Toplady, was published in his collection entitled, Spiritual Songs for Social Worship.

Later published with the assistance of the great American hymn tune composer and music educator, Lowell Mason, in Utica, New York, in 1832. Along with Mason, he was an important figure in the development of church music in the United States during the 19th century.

After Toplady, Hastings’ most widely sung tune is probably Ortonville, which he wrote for the hymn, Majestic Sweetness Sits Enthroned. A tireless, dutiful worker, he continued writing hymns and hymn tunes until days before his death in 1872, at the age of 87.

Of the alternate tunes sometimes paired with Rock of Ages, is Redhead, by the 19th-century English organist Richard Redhead. This tune, published in the 1853 collection, “Ancient Hymn Melodies and Other Church Tunes,” is also called Gethsemane because of its more common pairing with the Hymn, Go to Dark Gethsemane.

The meter of Rock of Ages is 77.77.77, which denotes six lines of verse containing seven syllables each. Among other hymn tunes in this meter are Dix, commonly paired with the hymn, For the Beauty of the Earth, and Madrid, or Spanish Hymn, usually paired with Come, Christians, Join to Sing. Although possible because of identical meter, neither of these tunes is paired with Rock of Ages in any major hymnal.

Consider these verses from Psalms 94 and 95 of the Old Testament Book of Psalms, the hymnal of the Bible:

“If the Lord had not been my help, my soul would soon have lived in the land of silence. When I thought, ‘My foot is slipping,’ your steadfast love, O Lord, held me up. When the cares of my heart are many, your consolations cheer my soul…O come, let us sing to the Lord; let us make a joyful noise to the rock of our salvation!”

In the gospel of Matthew, Jesus refers to his disciple Peter as the “rock” on which he will build his church. This affirmation immediately followed Peter’s bold statement of faith, “You are the Christ, the Son of the Living God,” exclaimed in answer to Jesus’ question of his disciples, “But who do you say that I am?”

Many believers find comfort and assurance in Augustus Toplady’s answer to this question in Rock of Ages: “Nothing in my hand I bring, Simply to the cross I cling; helpless look to Thee for grace.

While I draw this fleeting breath, when mine eyes shall close in death, When I soar to worlds unknown, See Thee on Thy judgment throne, Rock of Ages, cleft for me, Let me hide myself in Thee.”

Until then, this is your host, Dr. Larry Frazier…
Goodbye and Keep Singing!

Click below for the Rock of Ages Story and inspiration 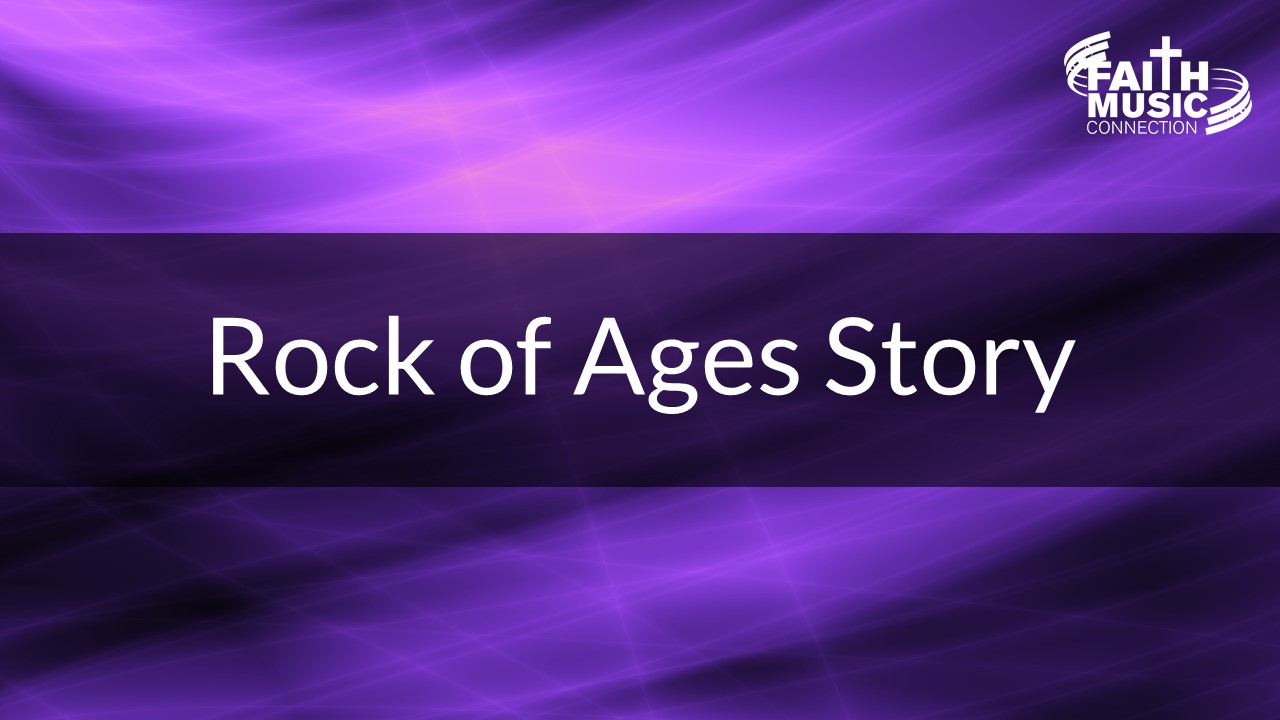