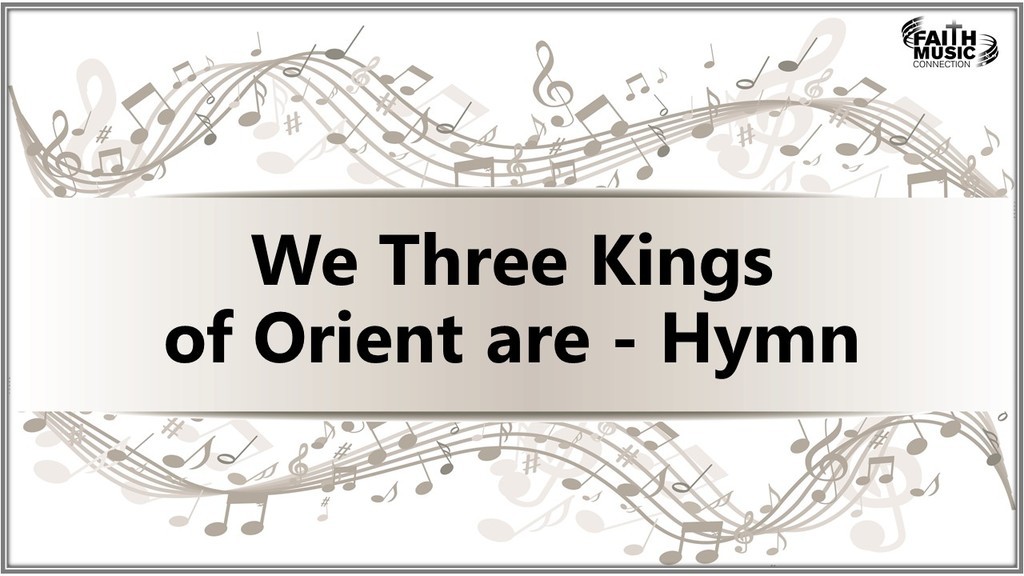 We Three Kings of Orient Are – Introduction of the Hymn

Welcome to The Hymn of the Week. Christians have long celebrated the incarnation of Jesus and the visit of the three wise men or “Magi” in a season known as Epiphany. Today, liturgical churches celebrate this season on January 6 or on the Sunday occurring between January 2 and this date. The hymn and tune most closely reflective of the meaning of this special celebration were written over 150 years ago. A nineteenth-century Episcopal priest and seminary professor was both author and composer. This hymn—We Three Kings of Orient are—is…The Hymn of the Week!

Click Below for We Three
Kings of Orient are lyrics 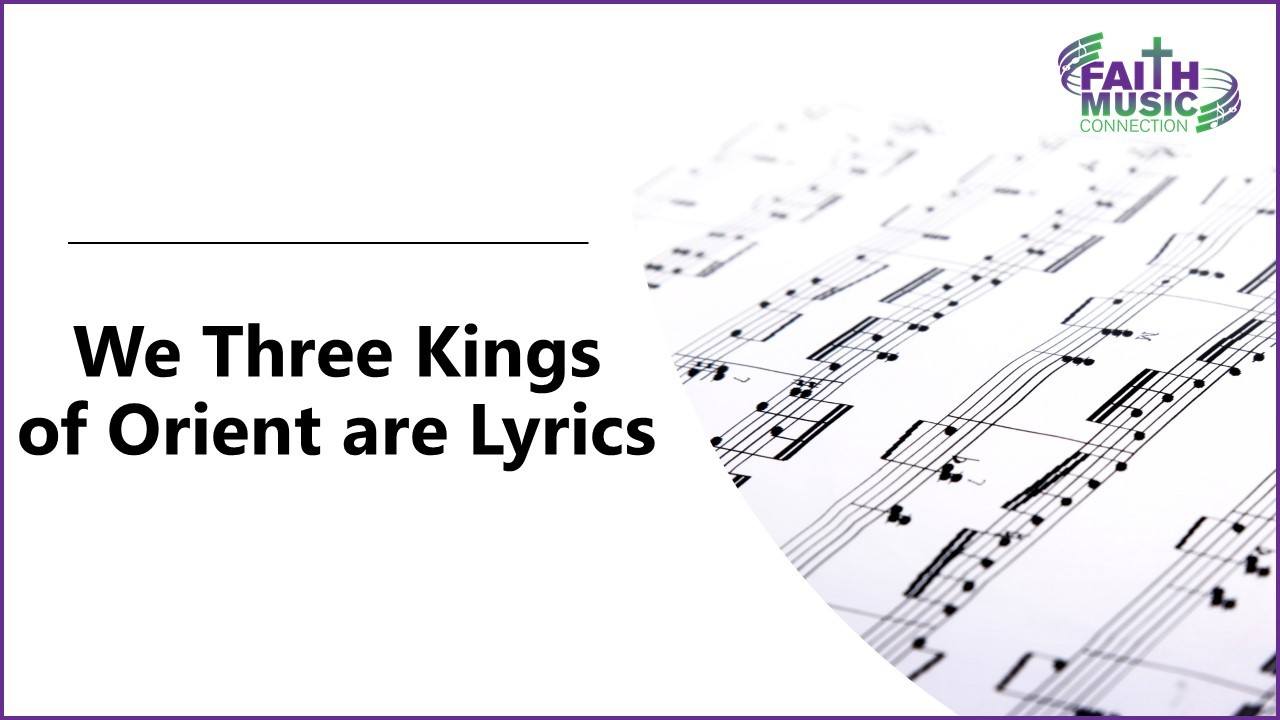 We Three Kings of Orient are: Hymn
of the Week Radio Show Episode

Reading of We Three
Kings of Orient are Lyrics

We three kings of Orient are;
Bearing gifts, we traverse afar,
Field and fountain, moor and mountain,
Following yonder star.

Born a king on Bethlehem’s plain,
Gold I bring to crown Him again,
King Forever, ceasing never,
Over us all to reign.

Frankincense to offer have I;
Incense owns a Deity nigh;
Prayer and praising, voices raising,
Worshipping God on high.

Myrrh is mine, its bitter perfume
Breathes a life of gathering gloom
Sorrowing, sighing, bleeding, dying,
Sealed in the tone cold tomb.

Glorious now behold Him arise;
King and God and sacrifice;
Alleluia, alleluia,
Sounds through the earth and skies.

Background of We
Three Kings of Orient are

John Henry Hopkins, Jr. was born in Pittsburgh, Pennsylvania, on October 28, 1820. He was the eldest son of a young attorney who had emigrated with his family from Ireland in 1801. His mother was of German heritage; her family had also emigrated to the United States in 1805.

His father, a devout Episcopalian, studied for ordination to the clergy and was ordained in 1824. Later, he moved his entire family to Burlington, after his election as the first Bishop of Vermont, in 1832.

John Henry Hopkins, Jr., like his father, was gifted with high intelligence and many talents. After graduation from the University of Vermont with baccalaureate and master’s degrees in 1845, he moved to New York City. There, he began a career as a journalist with plans to study law.

But, the call of the church was greater to him—as to his father—than that of the law. He entered the General Theological Seminary of New York City, graduating in 1850. Soon, he distinguished himself in the field of church music, becoming editor of The Church Journal in 1853. He retained this post for fifteen years. In 1855, the seminary appointed him its first Professor of Church Music.

Written for a Christmas Festival

Hopkins wrote We Three Kings of Orient are for a Christmas festival at the seminary in 1857. He published it in 1863, in his collection, Carols, Hymns, and Songs. It is a theologically rich hymn. In its stanzas, each of the three kings offers a gift to the Christ child and explains the symbolism. The final stanza and refrain invite all Christians to reflect and offer praise— “king and God and sacrifice.”

As previously mentioned, John Henry Hopkins, Jr., was a multi-talented man whose first call was to the Episcopal Church. He served as a parishioner, deacon, seminary professor and music teacher, priest and pastor. In addition, he found time to design church seals and stained-glass windows and to illustrate books, following the artistic legacy of his father. Hopkins, Sr. was a skilled painter and the architect for the neo-gothic, first St. Paul’s Cathedral of Burlington.

John Henry Hopkins, Jr. wrote Canticles Noted, with Accompanying Harmonies and Poems by the Wayside, published in 1866 and 1883, respectively. He also wrote many articles on church music and other subjects as well as a biography of his father. In 1885, he delivered a eulogy at the funeral of U. S. President Ulysses S. Grant. He died in 1891, at the age of 70.

Tune Name: Kings of the Orient

Hopkins’ music for We Three Kings of Orient are is entitled Kings of Orient. It is one of the relatively few hymns written in a minor key. This tonality suggests the exotic nature of the three kings themselves. It also invites contemplation of the profound significance of the birth of the Christ child and our response. At the beginning of the refrain, a fermata often sustains the first two notes set to the word “O.” This practice calls us to attention. Simultaneously, it encourages expression of wonder or awe at what is symbolized by the star of Bethlehem.

And now, let us hear “Kings of Orient,” the tune composed for our hymn. First, José Féliciano performs on guitar. Then, the Boston Brass and The Brass All Stars Big Band perform an arrangement by Stan Kenton.

We Three Kings of Orient are beautifully augments the gospel account of the visit of the magi
(or wise men). Matthew 2:2-11 mentions the star which led the magi to Jerusalem. Then, after being directed to Bethlehem by King Herod, they came to the place where the Christ child was. The gospel account also mentions the specific gifts the magi brought—gold, frankincense and myrrh.

The hymn poetically elaborates on the purpose of the journey and the symbolic meaning of the gifts the magi brought. Gold would crown the new-born king, who will ultimately reign forever over all. Frankincense represent incense befitting worship of God in prayer and praise. Myrrh is for the body of the savior who would grieve, bleed, die and lie in the “stone-cold tomb.”

The final stanza anticipates Jesus’ glorious resurrection. “King and God and Sacrifice” is to be worshipped with “Alleluias” sounding “through the earth and skies.”

The Christmas Story is Complete

Thus, the Christmas story is complete. The wondrous birth of the Messiah, Emmanuel—God with us—is more than a message of “Peace on Earth, Goodwill to All.” It is also the good news of Christ our savior. Christ bears the sins of the whole world through death on the cross and resurrection. Ultimately, Christ reigns over a new heaven and a new earth where all who believe are eternally reconciled with God. Alleluia! Amen!

And now, let us hear our hymn as arranged and performed by the Robert Shaw Chorale, conducted by Robert Shaw.

Thank you for joining me for this episode of The Hymn of the Week. Tune in again, next week when, we will consider another great hymn.

Until then, this is your host, Dr Larry Frazier…