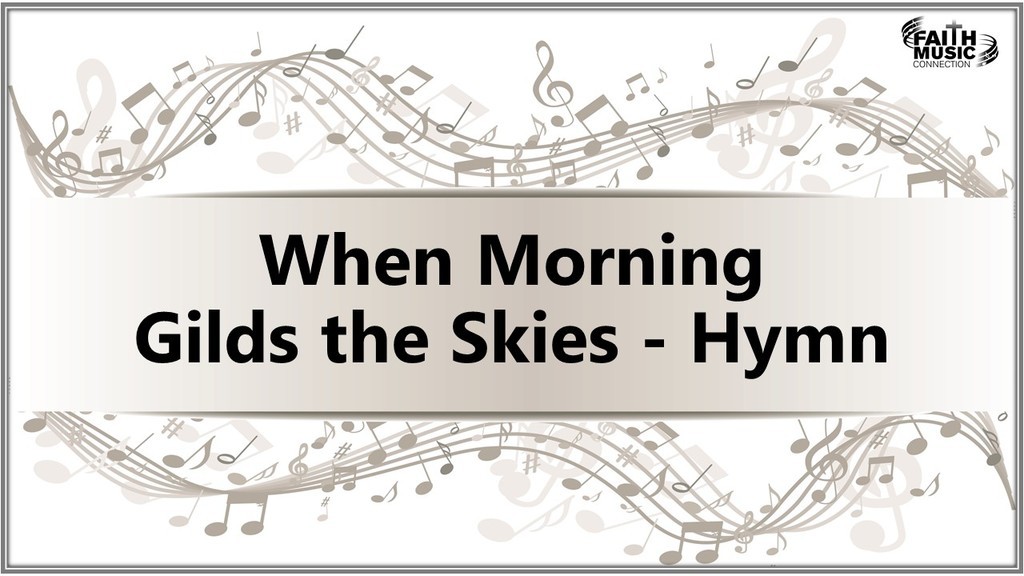 When Morning Gilds the Skies – Introduction of the Hymn

Welcome to The Hymn of the Week. The 19th-century expansion of British wealth and influence led to a heightened interest in hymns in other languages. Hymn singing took on added importance in worship in the Church of England. Therefore, hymn writers wrote many new hymns. Concurrently, others produced new translations of Latin and German hymns.

This week, we will focus on a beautiful German hymn of praise by an unknown author. Two different scholars translated it into English. A prominent English church musician and choral director wrote a tune especially for this hymn. When Morning Gilds the skies is…The Hymn of the Week!

Click Below for When Morning Gilds the Skies Lyrics 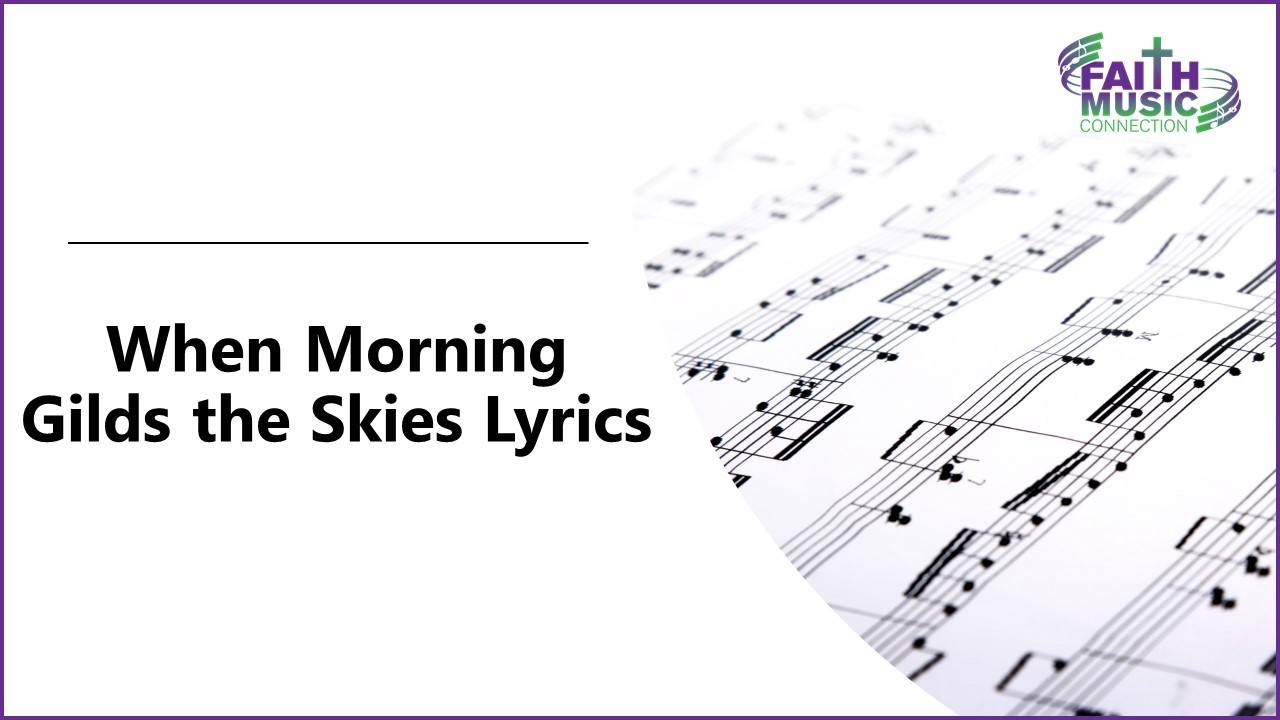 When Morning Gilds the Skies: Hymn of the Week Radio Show Episode

Reading of When Morning

And now, let us hear our hymn, as sung by the Joslin Grove Choral Society.

When Morning Gilds the Skies

Beim’ frühen Morgenlicht (In the Early-Morning Light) is a German hymn from Katholiches Gesangbuch (Catholic Songbook), Würzburg, 1744. Edward Caswall translated it into English in 1849.

Caswall, born in 1814, son of a Church of England clergyman, graduated with honors from Brasenose College, Oxford. The Church of England ordained him a priest in 1840. Influenced by the Oxford Movement’s emphasis on greater piety and formality of liturgy, he switched to Roman Catholicism in 1847. His wife also converted. After her untimely death, he began his work of translating Latin and German texts into English.

Caswall included When Morning Gilds the Skies in his Lyra Catholica (Catholic Song Lyrics), published in London, in 1849. He also included Jesus, the Very Thought of Thee—perhaps, the most widely sung of his translations—in this collection. Ordained a Catholic priest in 1852, he fulfilled his new calling until his death in 1878.

Joseph Barnby, noted 19th-century English organist, choirmaster, educator, editor and composer, wrote Laudes Domini specifically for When Morning Gilds the Skies. The hymn was first published with this tune in an 1868 appendix to Hymns Ancient and Modern.

Born in York, England, in 1838, son of noted organist Thomas Barnby, young Joseph Barnby displayed a marked talent for music. He was a boy chorister in his father’s choir at York and became a church organist at age twelve. Two years later, after his voice changed, he made his debut as a choirmaster. After completing formal education at the Royal Academy of Music, he continued his career as one of the most prominent musicians in England. He achieved distinction as organist/choirmaster at St. Andrew’s, Wells Street and at St. Anne’s, Soho, in London. These accomplishments led to a long association with prominent music publisher, Novello.

Novello established an outstanding choir for Barnby, which became known as “Barnby’s Choir.” He promoted the compositions of other composers by conducting notable performances of their works (published by Novello) in London. Barnby conducted the St. John Passion and the St. Matthew Passion by J. S. Bach. He also conducted the first English performances of Antonin Dvorak’s, Stabat Mater and Richard Wagner’s music drama, Parsifal.

A prolific composer himself, Barnby composed an oratorio, Rebecca, and many other sacred music compositions, including over 246 hymn tunes. Modern hymnals contain only a handful of these tunes. Of these, Laudes Domini, paired with When Morning Gilds the Skies is undoubted his most popular. Other popular Barnby tunes include Merrial, paired with Now the Day is Over, and Perfect Love, paired with O Perfect Love, one of the relatively few wedding hymns.

Joseph Barnby also edited five hymn books. Queen Victoria knighted him in 1892 for his contributions to the musical life of England. He died in 1896 at the age of 57.

And now, let us hear Laudes Domini as performed by pianist Terry Lowry.

From ancient times, world religions have encouraged devout adherents to meditate or pray before going to sleep at night and upon awakening the next morning. The brain is most responsive at these times to the effects of thoughts and impressions that shape daily activities. Evensong and Morning Prayer are examples of corporate Christian worship at the end and beginning of they day. Christians have observed these liturgies for centuries.

Consider the association of sleep with death and night in this popular children’s prayer.

A Hymn to Greet Each New Day

And, Christians everywhere continue to celebrate Sunday morning worship since the discovery of Jesus’ resurrection on that first Easter morning. Through the particular work of Edward Caswall and Joseph Barnby, we have a most fitting hymn to greet each new day. “When Morning Gilds the Skies, my heart awaking cries, May Jesus Christ be praised.”

And now, let us hear our hymn as presented by contemporary Christian singer Steve Amerson, with orchestra and chorus.